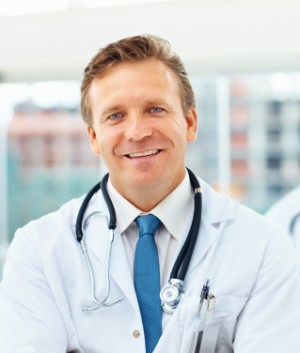 When doing a careful inspection of the manhood (which should be a part of every man’s regular male organ care routine), many a guy notices his male organ and/or sacks are pocked with tiny bumps. Panic may be his first reaction, and with good reason: sometimes manhood bumps can be a sign of a serious issue. But often these bumps are quite benign, and that is especially the case when those bumps are Fordyce spots.

Fordyce spots are quite common, with some estimates that 80% of adults may have Fordyce spots (although not always on their sensual organs; the mouth is another prime target). So they’re common, but what are they?

Fordyce spots are small spots, usually white or pale red. Typically they’re between 1 and 3 mm in diameter and slightly raised above the surface of the skin. They’re painless, even when touched or prodded. They typically occur in large groups, rather than as an individual bump or two.

And of course, as mentioned above, the good news is that they’re benign. They don’t mean a guy has a disease or has not been paying proper attention to his manhood health. They’re just a natural occurrence.

But what makes them come around in the first place? The answer: the sebaceous glands.

For those who don’t remember their high school biology, the sebaceous glands are glands in the skin responsible for secreting the oils that keep the skin smooth and healthy. Thus they are typically associated with the presence of hair follicles, which help deliver that oil from beneath the skin to the surface, where it can do the most good.

So Fordyce spots are really just sebaceous glands that are too close to the surface. As to why they tend to appear in the sensual organs (and the mouth) rather than on other parts of the body, scientists aren’t really sure. And since they’re harmless, there’s not a lot of demand for scientists to investigate.

Once they know that Fordyce spots are harmless, many men just forget about these little manhood bumps. It helps that often the bumps on the member are not really visible except when the manhood is tumescent and its skin stretched taut (although those on the sacks tend to be visible more of the time).

Other men, however, are not so blasé about the spots and feel they detract from the beauty of their member. They may seek out treatments to rid themselves of the bumps. Doctors tend to discourage this, but men who are determined to remove the spots do have some options. Vaporizing laser treatments have been found to be successful for some men (although there’s always the possibility of some scarring). Pulsed dye lasers are reputed to have less chance of scarring. Some other surgical techniques have also been used.

However, most men with Fordyce spots accept these manhood bumps and concentrate instead on maintaining the overall health of their member. Using a first rate male organ health crème (health professionals recommend Man1 Man Oil, which is clinically proven mild and safe for skin) is an excellent way to obtain this goal. When a man has a healthy member, less attention is drawn to small blemishes like Fordyce spots, so using a crème with a combination of moisturizers is key. One with both a high-end emollient (such as Shea butter) and a natural hydrator (like vitamin E) gives a potent moisturizing punch that keeps skin smooth and supple. If the crème also contains alpha lipoic acid, so much the better. A strong antioxidant, alpha lipoic acid wages war against the nasty free radicals that can promote oxidative stress and lead to aged, older-looking manhood skin.

When a man discovers manhood bumps on his equipment, he often worries about what this might mean in terms of his ma

Men are so used to looking down and seeing their member hanging there that they can forget that their favorite piece of equipment may hold...