Canadian Drugs are Cheap, But are They Legal? 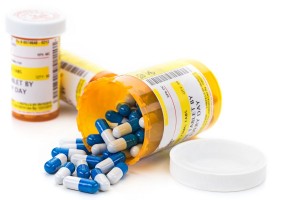 Americans have begun buying their prescription drugs online from internet pharmacies based in Canada. If you've ever looked at some of these Canadian drug websites, you may have noticed that many of the drugs are 80% cheaper in Canada then they are in the United States, which begs several questions.

Firstly, Canadians pay fantastically less for the same medicines than Americans because the Canadian government stipulates a price ceiling at which they allow drug manufacturers to sell to Canada drugs distributors, and the government also controls the prices at which Canadian distributors can then sell those drugs to the public. So, the pharmaceutical industry is tightly regulated and price controlled by the Canadian government, resulting in very cheap, very affordable prescription drugs.

This socialized system for prescription drugs is not anywhere to be found in the United States. In the U.S., drug companies are allowed to sell medicines to the public at whatever prices the market can bear. Isn't that nice? We live in a country so free that our drug companies can charge us $350 for 20 tablets of Viagra or Cialis, whereas in Canada you can get it for $90.

As a result of these enormous price discrepancies, internet pharmaceutical suppliers in Canada have launched extensive marketing campaigns targeted at the U.S. to capitalize on the American demand for affordable prescriptions. Visit any search engine and type in the words "Canada drugs" or simply type in the name of any prescription drug you can think of, and you'll find a ton of Canadian-themed sponsored links for online pharmacies based in Canada selling drugs that are so cheap it makes your eyes pop.

So, the FDA is dismissing the idea of allowing Americans to legally purchase drugs from Canada because the products might have been made in a bathtub in Cambodia, because I suppose Canadians are too dumb to make this stuff on their own. This is an absurd excuse on the part of the FDA. The FDA could regulate the Canadian pharmaceutical trade, and investigate as to which Canadian pharmacies, online or offline, are making the drugs themselves and/or buying the drugs directly from American drug manufacturers, as opposed to those that are making them in foreign countries. Most of the drugs sold by Canadian internet pharmacies are drugs that were made in the USA, and have simply been sold to Canadian distributors. Some of these drugs are manufactured by Canadian manufacturers. But rather than publish a buyers guide for Americans and allowing us to buy our drugs from "certified Canadian pharmacies", they make the whole practice illegal to increase the profitability of the American drug industry.

Yes, it is true that there are some rogue companies on the internet masquerading as Canadian pharmacies that are actually Mexican pharmacies that don't even have a doctor and pharmacist review your medical history before sending you the medicine. But the FDA could easily set up a legal Canadian-American drug trade where the FDA makes it legal for Americans to buy their drugs from a select group of Canadian pharmacies that buy all their products directly from the U.S. or manufacture their drugs in the facilities of Canada's major drug companies.

This isn't likely to happen, however, because we have an administration in Washington that is for the corporations and by the corporations, and an FDA whose sole purpose is to protect the windfall profits of the drug manufacturers while allowing drug companies to make and sell hugely overpriced, noxious drugs that kill us, like Vioxx and others they've allowed onto the market that produce harmful and sometimes lethal side effects.

If the FDA sponsored a system of legal and regulated prescription drug buying from Canada, this would force American pharmaceutical companies to drop their prices by 80% to compete, resulting in a better situation for the consumer. The drug companies would still make profits, because the demand for the drugs would go up tremendously if they suddenly became affordable for people without health insurance, but the profits wouldn't quite be the same.

The pricing of prescription drugs in different parts of the globe are raising day by day. Such a rapid rise of drug pricing makes it...

What is LMIA? Labour Market Impact Assessment or LMIA (in the past known as LMO or Labor Market Opinion) is a letter (sometimes called

According to Canadian PR Visa experts, there are many reasons for which one will want to visit Canada. There will be some people who might...