Netflix & COVID-19: What movies & shows are most popular now? 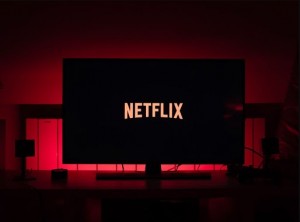 Bored out of your wits during the lockdown? Netflix’s got your back. There are tons of movies and shows available on other sites as well.

Check out these trending films and shows on Netflix below. It is not all pandemic or disaster-related movies like Contagion. If you really do want to watch a movie like that try Outbreak, which you can watch online here.

Ozark first came out in July 2017 and immediately got the attention and praise of critics and audiences alike. Now on its third season on Netflix, it was created by Bill Dubuque and Mark Williams. Jason Bateman and Laura Linney headline the series, which Bateman also directs and produces. The show has garnered over 10 Emmy and Golden Globe nominations. Bateman brought home an Emmy for Outstanding Directing for a Drama Series and Julia Garner for Outstanding Supporting Actress in a Drama Series in 2019.

Spenser Confidential is a 2020 American action comedy film directed by Peter Berg and with a screenplay by Sean O'Keefe and Brian Helgeland. This film centers on the plot of an ex-convict, former Boston police officer, whose task is to take down the Trinitario drug gang after two Boston officers were murdered. Mark Wahlberg takes on the lead role in the Netflix original movie, Spenser Confidential. Peter Berg directs the action-comedy flick. Wahlberg is joined by Winston Duke, Alan Arkin, Iliza Shlesinger, and Bokeem Woodbine. The movie debuted on March 6, 2020, in the US.

Claire Foy stars as Queen Elizabeth II in the hit series, The Crown. Peter Morgan was tapped in 2014 to create and write the series that would portray the life of Queen Elizabeth II from when she was young until her life in the present. Olivia Colman was tapped to play the Queen for the second and third seasons. Now on its fifth and final season, the series will have Imelda Staunton playing the Queen. It has bagged the Best Actor award for John Lithgow and Best Actress for Foy from the Screen Actors Guild.

Martin Scorsese directs and produces The Irishman, an American crime movie that stars Robert De Niro, Al Pacino, and Joe Pesci. Steven Zaillian writes the story, taking inspiration from Charles Brandt’s novel, I Hear you Paint Houses. It took USD 159 to 200 million to produce. It received worldwide praise for Scorsese, De Niro, Pacino, and Pesci, as well as nominations from the Oscars, Golden Globes, and BAFTA. It debuted at the New York Film Festival in September 2019 and was then shown in theaters starting November 1, 2019.

Alex Pina is the creator behind the Spanish crime drama, Money Heist or La Casa de Papel. With its popularity, Netflix secured the rights to stream it globally in 2017. Now on its 4th season, it has gained a strong following and critical acclaim, winning the Best Drama Series award from the Emmys among others. Ursula Corbero, Itziar Uno, Alvaro Monte, Paco Tous lead the cast of Money Heist.

When it comes to getting Netflix activation done, visit netflix.com/activateand complete the