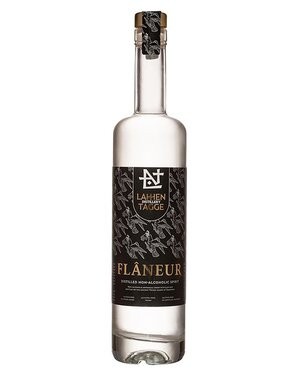 The fiefdom of mega-corp liquor industry is now turning micro like a nano-corp. People used to consume brands from large corporations that were sold countrywide or global. The choice was limited smooth and regular flavors and same old logo and same old bottle. One had a rack full of bacchus with a new addition now and then. The same spirits were served in the bar low priced or for those with status.

The classy wealthy boasted of costly brands matured for ages and when served in the party they cost the nose. This continued for long till the micro distillery arrived. This should not be confused with the establishment the bootleggers had. Micro distilleries are small as the name suggests and boutique producing classy beverage grade spirits with unique taste and flavor.

All destinations not under prohibition nowadays have these units spread in major towns. But the trend suggests that even small towns will be proliferated by the boutique units as people begin to imbibe the concept and post covid economy rises. Even in traditional societies the consumption of liquor and beer is on the rise among the youth. This will give a big boost to the industry all over. For teetotalers and in country where consumption of spirits is prohibited the availability of alcohol free drinks is becoming common. Most of the alcohol free beverages imitate the flavor of gin and vodka quite well. These are made by the micro breweries as well and some of the brands have become famous.

This concept of microbreweries is very much popular in developed Nations like in Europe and USA. Most of the produce that is distilled by them are known as craft spirits and have tremendous capacity to create consumers that become brand loyal and develop proclivity to a particular taste. The craft spirits are beverage grade produce under license or laws subscribed by the country. There is no room for illegal produce which in many countries have killed people these are produced by bootleggers.

Gin is distilled primarily using juniper berries but some boutique units develop special flavors using locally available or exotic spices. Most of these units are the work of master blenders who are equally adapt in mixing cocktails using their own recipes as well as the standard ones with a twist. They have their own bars where fresh craft liquor or beer is sold to the guests. Normally boutique distilleries are high end and sophisticated restaurant type bars and some even serve classy food as accompaniment or appetizers.

The key to success of the small distilleries is expertise in blending and distilling and the recipe plays a major role. Like other types of consumable spirits craft liquor is also advised to be consumed in limits for recreation. Getting under the influence can lead to harmful consequences and many countries have an age limit.

The private or small craft distillery generally produce set quantity of spirits. These are boutiques meant for recreation and to spend time. In Estonia and whole of Europe mixing of gin and tonic soda is very popular. As far as cocktails are concerned they are popular all over the World including the ones that do not contain consumable spirits.

There has been enormous advancement in the distillery and bio ethanol industry and the technology used to manufacture potable alcohol and...

The first commercially successful micro inverter was launched by Enphase in 2008, which played a key role in popularising solar micro...

If you are considering touring the Bourbon Trail in Kentucky, let me encourage you to do so, it's worth the trip, and it might be beneficial...