5 Vegan Celebrities And Why/How They Chose The Vegan Lifestyle 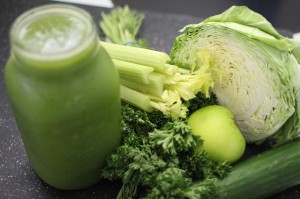 So says noted Doctor and nutritionist Dr. Dean Ornish. He is the famous author of the Book, "Reversing Heart Disease" and "The Spectrum". Books designed to help you switch to a healthier diet and lifestyle. You'd be surprised at the number of famous celebrates who have made the switch to the No Meat/Dairy/Animal product lifestyle that has been shown to give you more energy, stamina, and health. Today you'll meet 5 of them and see some of the reasons they decided to make the switch to a better way of life that provide all the energy and nutrients that our current diets of meat, sugar and artificial ingredients lack.

After reading about them, you will be tempted to make the switch to a Vegan lifestyle yourself as well.

The former Pres is a Vegan and so is his daughter. After have major heart surgery in 2004 and later Stint surgery for the same problem, his diet, which was killing him. People from Arkansan love their food and Bill was no exception. Eating the rich diet, he was accustomed to as the Governor of the state and later transferring that same diet to the Whitehorse almost killed him. To the president eating a box of donuts was common and at times aides stopped him before he finished the entire box. Barbecue and French Fries were staples of his diet. In addition, of course, he couldn't say no to a juicy hamburger as well. But, it all started to catch up with him.

Hilary attempted to correct the problem by changing Bill's dietary habits. But to no avail. Finally, Doctor Dean Ornish stepped in and told the President some very simple words that started the switch to Veganism. "Change or Die."

But even that wasn't enough and it wasn't until an almost fatal heart blockage and a later stent operation finally convinced the 42nd president to change his ways.

So, in order to be around when his wife Hilary becomes the first woman president he change his eating habits and became a Vegan in 2010 he has dropped 20 pounds and exercises every day and is healthier than ever.

One would never think the former boxing great would ever become a Vegan. But over the years of high living and the drugs and other excesses of being, a champion left Mike in poor physical shape. Like former president Bill Clinton, he had a choice to make and in the same year of 2010, Mike made the change to the Vegan lifestyle. No meat, dairy, and other animal products pass his lips as he related to Oprah on her TV show.

He dropped 100 pounds his arthritis, his high blood pressure, and respiratory problems diminished and he says he feels great. Remember he was only 46 at the time. Between too much booze, drugs, and women his health was nose-diving into an early grave. He claims it was finally the prostitutes in his life that got him to finally change his lifestyle. He is quoted as saying he was a "prostitute hunter" and that the lifestyle was tearing him down. His health was shot and he was suffering from STDs and he needed to clean up his act or else.

Veganism saved his life he claims in his Oprah segment of "Where are They Now." He's healthy and he plans to stay that way.

Track and Olympic champion Carl Lewis is a vegan and ran the best race of his life back in the 1991 ABC World Championships where he set a new World Record. Switching to a Vegan way of life wasn't easy for Carl as he like his meat and dairy product. He was also addicted to salt on his food. Since then, however, he has adapted to using lemon juice and other natural flavorings instead.

He was able to make the switch after consulting with two famous experts on the Vegan way. One his doctor and the other a noted nutritionist who advised and inspired him to change his life, improving his running, and to get as well as staying fit.

Who says you have to eat meat to be sexy. Woody Harrelson is a living example that being Vegan is sexy.

Starring in the movie "Catching Fire" part of the "Hunger Games" cycle of books. He shows that you can be a superstar and still eat well and keep healthy at the same time. Since he first wowed the fans in "Cheers", he has gone on to become one of the most sought-after actors in Hollywood. A bit of a recluse he lives on his Eco-friendly farm in Maui. But he gets his energy from a Vegan lifestyle and his single-minded devotion to his craft. He became a Vegan when he was a poor up and coming actor in New York. He was seen by a passerby and his acne covered face, running nose, and red eyes were all she needed to know to tell him he was lactose intolerant. He took the advice and 3 days later his eyes were cleared and his nose don't bother him anymore. The acne faded and he went on to become that energetic actor we all know today.

Venus Williams puts to bed all the myths about Vegans being weak and lacking energy. Her athletic feats on the tennis court are the stuff legends and movies are made of. This is only equaled by her exotic tennis outfits she wears and models on and off the court. This shows off her physical attributes to her best advantage. She is a superstar by every definition of the word and she credits her diet with her amazing powers. Though she is a Vegan as she refers to her backsliding at times from her Vegan lifestyle "Cheagan", which she adopted after she discovered she had and immune system disorder in 2011. Now she has more energy that she knows what to do with, today. This is why she plays, works, and lives at the top of her game at all times now. She claims her new lifestyle has cleansed her body of inflammation, pesticides, and the deadliest poison of all sugar!

Now, she plays the best tennis of her career and she is still on the rise and perhaps Venus Williams’ star will never set.

Famous Talk Show celebrity and comedian you would never think of her as being a Vegan at first glance. However, after a near fatal heart attack with one of the main arteries to her heart was found to be blocked 99% she needed to make a choice. She did and now she follows a Vegan lifestyle. After watching the documentary "Forks over Knives", she made the switch and has changed to a Vegan lifestyle that proponents like Dr. Dean Ornish and Dr. Caldwell Celestyn advocate, which not only help you live a longer life. But actually can reverse heart disease and many of the other ills our modern diets and lifestyles have foisted on us. Rosie is back on her feet and making waves. This time for her new lifestyle and wants everyone to know about it and adopt it as well.

Veganism is the wave of the future

The Vegan lifestyle has given many back their health and lives. IF not for the switching their diets many of the celebrities in this article would not be where they are today. In fact, most would be in an early grave.

This in itself is enough reason to make the switch. Because you may not be as lucky as these individuals, as death by heart disease and heart attack is the 31 killer in America and this need not be the case. By changing how you eat, you can add years of energetic and satisfying activity that can last well into your golden years.

In Asia, people remain clearheaded and active well into their 80's and 90s while here we feel used up in our early 50s and 60s. The difference is processed food vs. a plant-based diet.

The choice is simple "Change or Die." Don't wait for a near fatal experience with heart disease to get you to change. Learn from these celebrities and change your lifestyle today before you find out the hard way and then it might be too late.