Adoption in the United Arab Emirates 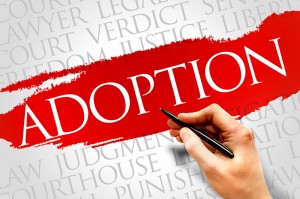 In practice without clear evidence of the offence, no criminal sanctions are implemented. However, the birth of a child to unmarried parents is clear evidence. 6 newborn babies were found abandoned in the UAE in 2011 alone. The publicity of these abandoned children has led to the issue of adoption being discussed frequently in the local press.

The laws of the UAE prohibit adoption within the UAE by non-Emirati couples. This means that only Emirati citizens holding UAE passports may adopt abandoned children from the United Arab Emirates. Expatriate couples residing in the UAE must look abroad to adopt children, typically to Ethiopia or Mexico. The adoption process for expatriates can still be conducted from the United Arab Emirates, regardless of the nationality of the parents.

Abandoned children that have been born in the UAE obtain can obtain UAE citizenship and a UAE passport. This is set out in Article 2(e) of the Federal Law 10 of 1975, which amends the Federal law 17 of 1972. The law states that a child will be deemed abandoned in the UAE unless proved otherwise.

Under Sharia law, it is encouraged for parents to care for a child that is not their biological child, and nurture that child as if he was their own. However, it is prohibited for those parents to give the child their own surname. The Federal laws of the UAE (based on Sharia laws) circumvent this issue by allowing the adoptive parents to nominate the child’s first name, whereas the Court would order the child’s surname. In practice the children being adopted within the UAE are always abandoned, therefore their true identity at the time of adoption is not known. It is, therefore, possible for the Court to nominate the child’s new surname, making it the same as the adoptive father’s.

Mr. Hassan Elhais, along with his team of legal consultants and prominent local lawyers across the UAE, has made a name for himself as a renowned specialist in the fields of civil law, construction law, banking law, criminal law, family law, inheritance law and arbitration.

Melany Malot
Most Amazing and Antiqued Mosques in UAE

Mosques Visit to Dubai is a keen determination of emigrants who are new to Dubai. So, they had fantasized about visiting Dubai to enjoy its...

The need for an effective Human Resources (HR) and Payroll System in the smooth running of business ventures of all sizes cannot be...