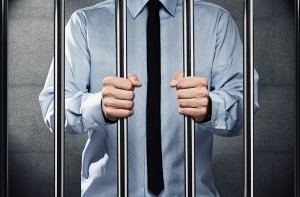 The public prosecutor charges the accused with theft. The exception to this rule ids situation where theft is committed between siblings, parents, and children or spouses, and no third party rights accrue in which case the public prosecutor only charges the accused on the complaint of the other party. However, if the crime of theft between such relations was also accompanied by aggravating circumstances like carrying a weapon, or committing theft at night, the public prosecution has the discretion to proceed with charging the accused without any confirmation from the other party.

Attempted theft can be aggravated by the use of a weapon in order to steal and either cause bodily harm to the defendant or stop him from protecting or defending himself. The coercion has to b physical in nature for this to apply. The punishment for the crime of attempted theft by such methods carries a prison sentence of 3-15 years.

In a case of carrying a weapon is considered an aggravating circumstance if the weapon is categorized a weapon by nature. If the accused carried a weapon during a theft, and it is categorized as a weapon by use, it is considered an aggravating circumstance only if the intent of carrying it was to use it. Deciding carrying the weapon by use was for theft or not, is left to the discretionary power of the judge. The same rules apply to theft if committed during the night, in both cases; the intent of the accused is left to the discretion of the judge in addition to what constitutes ‘night time’.

Article 389 further details all cases which can aggravate the crime of theft which include committing theft in a place of worship, inhabited places like schools, banks, homes and all included within the boundary of a home, whether occupied or not, forcing entry into a place which has boundaries preventing the general public from entering, using the key without authorization, and any act that causes damage while entering for the purpose of committing theft. Committing theft on public or government transport or any transport used to service the public, stealing with a false identity, which is an additional crime of Falsification, theft by more than one person who agree to commit theft and are present at the scene of the crime, committing theft of any property belonging to the government as mentioned in article 5, and theft committed on cattle are all examples of aggravating circumstances.

Article 388 explains the crime of theft committed by a paid employee, not a volunteer, who steals from the employer at the place of employment. Such a crime carries a punishment of 5-7 years.

Additionally, whosoever uses a car, or a motorbike or similar vehicle without permission or approval of the owner or who has the right to its use, shall be punished with imprisonment for a period not exceeding a year or a fine not exceeding AED 10,000.

Consuming food without payment provided it’s the food he ordered, and provided that it is at a place licensed to provide such a service is not theft however it is considered a subsidiary crime to theft. The police can carry an investigation if the accused declines to pay and it depends on the merits of his argument whether he is made to pay or not.

Theft under the UAE laws is a crime and is regulated by Federal Law No. 3 for the year 1987 on passing Penal code. Theft can only be...