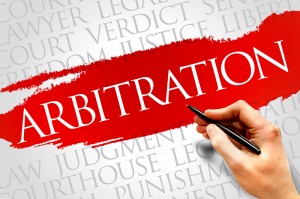 The UAE has rapidly emerged as a leading financial centre, attracting large global investors and businesses. As international developers and contractors continue to invest in construction projects, there has been an increasing trend in the use of arbitration in Dubai. The arbitration process is the preferred method to resolve disputes by commercial companies. As the certified language of arbitration proceedings is in English, a specialist tribunal can be appointed as opposed to the more broad UAE courts, and arbitration is generally more cost-effective and less time-consuming. This has led businesses and investors in the UAE to ensure that arbitration clauses or agreements are inserted into their contracts. Furthermore, the downturn in economic conditions in the real estate market over the past few years has led to an increase in disputes in general, and parties are more likely to issue court proceedings than to try to recover their losses through other ventures.

Arbitration proceedings in the UAE are governed by Articles 203 to 218 of Federal Law No. 11 of 1992 as amended (the Law of Civil Procedure or the Civil Procedure Code (CPC).

Federal Law No. 11 of 1992, the UAE Civil Procedure Code is the main statute governing arbitration in the UAE, Article 203 provides that:

Each Contracting State shall recognize an agreement in writing under which the parties undertake to submit to arbitration all or any differences which have arisen or which may arise between them in respect of a defined legal relationship, whether contractual or not.

Article 11.3: the court of a Contracting State, when seized of an action in a matter in respect of which the parties have made an agreement within the meaning of this Article, shall at the request of one party, refer the parties to arbitration.

The DIFC is a separate jurisdiction under the UAE Constitution and has its own independent, common law jurisdiction over all civil and commercial disputes within the DIFC financial district. DIFC Law No. 1 of 2008 states that:

If an action is brought before the DIFC Court in a matter which is the subject of an Arbitration Agreement, the DIFC Court shall, if a party so requests…dismiss or stay such action.

Parties wanting to enforce an award under the New York Convention must satisfy the requirements of the UAE Civil Code. In practice...

Hassan Elhais
How to resolve real estate disputes in Dubai?

The concerned article is a pathway to understanding the various aspects of dispute resolution in real estate matters in Dubai.1. What are...