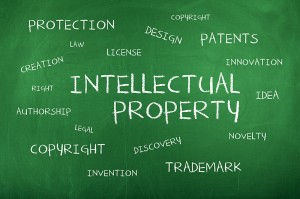 Dubai's court of cassation defines intellectual property as, "it is every invented property whether it was literature, vocal, or as regardless of its nature, purpose or importance". From this definition, we can analyze that, intellectual property can be in the form of a book or a painting or a song or any new invention.

It is stated by the law that the owner of an invention has an exclusive proprietary right over it. Therefore a book may be considered an intellectual property and its author may have the rightful ownership over it. UAE law prohibits publishing or providing such intellectual property to the public directly or indirectly unless one has owner's prior consent. Accordingly, if someone publishes a book without owner's consent, the applicable punishment according to the UAE law is two-month imprisonment or a monetary fine ranging from AED 20,000 to AED 50,000 or both.

The author also has the right to choose how this property will be published, unless he waives his right to ownership. In addition, any change to the author's intellectual property is considered illegal and the author will have the right to contest such an act. However, changes in translation that may take place during the translation are not considered illegal as long as the translator refers to it.

It is important to consider that if the intellectual property is given to the public by the author, then there will be no crime against who publishes it beside him as long as the latter did no change its subject or its author. This was stipulated through Dubai’s criminal court of cassation when it sentenced that, "there is no charge to be considered against the respondent, as the claimants had put the songs records [which were the subject of such dispute] on the internet and gave a free access to the public to it".

Without prejudice to the above mentioned and to the author's inventions for non-profitable purposes. This could be recognized through public libraries, as they have the right to serve the public with an author's books without the latter having the right to oppose such an act. However, the public bodies’ right is restricted, for the purpose of providing the author’s intellectual property should be limited to public services only. Therefore the author has the right to contest a public library's act when it crosses such a limit. However, the onus of proof in such cases will be on the author.

Intellectual capital is the contraptions or mind creations of any form it can be artistic, design, related to literature, symbols, or images...