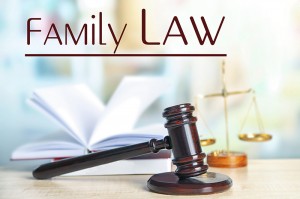 In this Article, we will explain the kind of correspondences that the court accepts, and the role of the mediators in the processes of the family courts, whose purpose is to communicate between the parties to settle an amicable solution to the family dispute.

In the event that the Claimant's claim is not easy to prove, the court might appoint mediators. The purpose of appointing such mediators is to communicate independently and together with the parties in order to reach an amicable settlement and to explore any options they might have to reach a workable arrangement. This done keeping in mind the social importance of the family unit in the society.

During these communications between the mediators and the parties, the mediators try to explore the reason for the claim and the requested divorce and to try and work out who is responsible for the breakdown of the marriage and how it can be resolved. The mediators seek to learn if a happy life is possible between the parties and if there are any chances of reconciliation.

In the event that the mediators are successful in convincing the parties to stop the divorce proceedings under certain agreed conditions signed by the mediators, the same is then referred to the family court. The parties have an opportunity to make objections to the report submitted by the mediators and can counter-argue their own claim supported by evidence. The judge does not have the legal authority to disagree with them.

If the mediator recommended the divorce, the court would not have any discretionary powers to change their decision. However, if the mediator suggests compensation to be paid to the wife, such a decision would be subject to the court appeal which will be limited to the judgment related to the financial settlement only.

If there is an agreement between the Parties, the judge in the family court reviews the agreed conditions and terms between the parties and in the presence of the mediators and makes the agreement of terms a part of his judgment in the case, and is hence a legally binding document.

The Advantages of Lodging a General Protections Claim – A Guide by Adverse Action Lawyers, Perth

If an employee has had their employment terminated, an employee can commence various claims arising from the dismissal, including a general...

Is your family tree is not working so is it not a big issue. family tree maker is an application who gave a full information about your...