Cheques in the United Arab Emirates 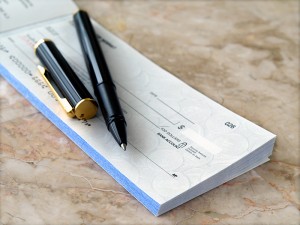 Since a cheque is meant to replace money, people must have trust in it. Therefore the UAE penal law levied a punishment against anyone issuing insufficient funds its due date. Such a crime is known as the bounce cheque crime.

However, some requirements must be found in a cheque in order to gain the penal law's protection. Those requirements are: 1- the word cheque must be stated clearly in it, 2- states a specific amount, 3- has drawee's name, 4- has the beneficiary's name, 5- states the place of payment, 6- states the cheque's date, 7- has the drawer's name, 8- the drawer's signature.

Unlike many crimes, a bounce cheque crime does not require the incidence of any damages to the victim. Such crime is punishable by imprisonment for period between one year and three years, or a fine between one thousand Dirhams and Thirty thousand Dirhams.

Furthermore, in case of insufficient funds in the account to cover the cheque, the beneficiary has the right to submit a request to the bank in order to pay him the remaining amount in the account as a partial payment.