5 Reasons Why You Should Move to Dallas 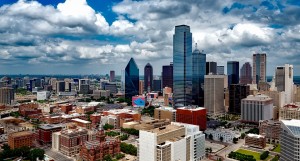 If you have the liberty to choose where to move or you want to move to Dallas but don’t know if it’s a good decision, these details will help you make up your mind. Moving to Dallas is a good idea because the city is flourishing and the opportunities are endless there. However, to make sure you will know exactly what waits for you in Dallas, check out our 5 reasons why we would move to Dallas tomorrow.

Forbes says that Dallas is the 15th city in the country when it comes to building a career or establishing a business. Dallas is also ranked #11 for job growth. In 2014, the city was the 3rd fastest growing city in the United States and there were 108,000 new residents moving into the Dallas-Fort Worth area. Moreover, Dallas has 6th best GDP in the country and has been chosen as residence by 23 of the richest Americans. All in all, Dallas is going strong and you have more chances to become rich here than mostly anywhere else. When things go so good in Dallas money wise, it’s only natural for more and more people to choose Dallas as their home.

If we have to be honest, we don’t hear too often about great job markets. However, things in Dallas are going so well that Dallas employment is at an all-time high, especially because the city has created over 400,000 jobs since the recession. You will find over 21 Fortune 500 companies in the Dallas-Fort Worth region and Dallas houses the 2nd most Fortune 500 company headquarters than any other city in the U.S. American Airlines, ExxonMobil, Texas Instruments, at&t and Bank of America have offices in Dallas and many other big names that keep the job market strong in Dallas. The average entry level pay is around $38,000, with the average median household income being $58,431.

If you’re planning to raise a family in Dallas, you’ll be happy to know that the region offers its residents access to great schools. Dallas is home to 2 of the top 10 schools in the country and houses two important universities: Southern Methodist University, present in the top 10 universities in Texas at number 3, and Texas Christian University, ranked #6 in the same top. You will also find the Magnet School for Talented & Gifted TAG here, which is considered to be the number 1 public school in the United States. People come from all over the country to attend the classes of the University of Texas Southwestern Medical School, Paul Quinn College, Texas Woman’s University and University of North Texas.

4. Plenty of things to do

If one thing is sure is that you will never get bored in Dallas. The city is bustling and has always something fun to do for everyone. First of all, there are the restaurants. As a matter of fact, there are so many restaurants in Dallas that the city has more restaurants per capita than any other city in the country. The city also houses the largest urban arts district in the United States, Dallas Museum of Art being a truly spectacular destination for art lovers. The city has impressive art galleries and museums, music venues, concert halls, theaters and cinemas. The cultural scene in Dallas would impress even a New Yorker.

Expect to find friendly and welcoming people in Dallas. Most of them will call you "sir" or "ma’am" and get used to saying "Howdy" because everybody who truly lives in Dallas says this. You might even use a "ya’ll" once in a while because it’s catchy and irresistible. Texas people also love their cowboy hats and boots which make them even friendlier. Meet a lot of authentic Texans at the State Fair of Texas, where you will also find the largest Ferris wheel of its kind in the western hemisphere and the fair’s mascot – Big Tex.

Alina Ivanov is a writer passionate about words and ideas, determined to help readers find simpler ways to enjoy life.

Stipulation and Order of Settlement and Dismissal