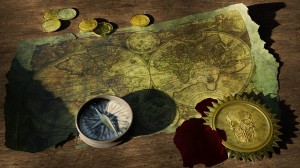 You’d be amazed how many treasures are hidden beneath the soil. Metal detecting is an activity that works just as a lottery – you can either find something extremely valuable that will help you live for the next few years, or you can find a pile of items that have no real use in your day-to-day life. No matter what’s the final result of your search, the activity is surely entertaining and could keep you busy for a long time. Treasure hunters only have to make one investment, and it can be returned rapidly if you find a big treasure trove. This article gathers together the most expensive finds that were made by using a simple metal detector. Arm yourself with a lot of patience and prepare for an adventure. You never know when Lady Luck decides to show up in your path. Here is the impressive list:

Hoards represent stocks of money or valuable objects that are kept in the same place. In most cases, hoards are buried underneath the ground and they contain metals, so they can be easily found with the help of a metal detector. Hoard hideaways are well-thought and some of them come with treasure maps. People who are passionate about treasure hunting or archeologists are always looking for hoards instead of individual items. The accumulate of antiques is, in most cases, worth millions. These are the most famous hoards ever found:

This hoard is worth more than $2.5 million and it was found by the great treasure hunter Eric Lawes. Eric used a metal detector to scan patches of ground for the most part of his life, and he never thought he would stumble upon something so great. When he first noticed a signal from his metal detector, he didn’t think it was an entire hoard, but a metal hammer that he saw. In reality, what he found turned out to be a great discovery for the entire world. The Hoxne hoard consists of two sacks full of different treasures. Archeologists assessed the find and it became one of the biggest treasure troves ever found with a metal detector.

The Cuerdale hoard was found by a group of workmen using different instruments, including metal detectors. The team finally dug up to a huge box that contained valuable items. After archeologists assessed the find, they decided that the Cuerdale hoard is one of the most complete Viking treasures existent out there. When the exploration was finished, the hoard included no less than 8500 items, from coins to jewelry and ingots. The hoard is now displayed in the British Museum. This hoard is worth more than $3.5 million.

The Shapwick hoard is worth a half of million dollars and it was found by an amateur treasure hunter called Martin Elliott. While he was teaching a member of his family how to operate a metal detector, they suddenly found a Roman coin. Since they found a coin, they decided to dig deeper and see if there is something else to find. Luckily, after a few minutes spent digging, they found nearly 10 000 silver coins that date back to the 1st century BC. The Shapwick hoard is now stored at the Museum of Somerset.

Jewelry pieces are usually extremely expensive, so there is no wonder why specialists always focus on finding them. The probability of finding a jewelry item is higher than finding an entire hoard, and this is why more treasure hunters and metal detectorists focused on smaller findings. Here are the memorable ones:

While searching the fields in Aunslev, a beginner metal detectorist named Dennis Holm made a huge discovery – a crucifix made out of gold. The pendant was later analyzed by archeologist only to find out that it was a priceless treasure. The ancient treasure rapidly stirred all the scientists in the area, which managed to find out more about the small pendant. The crucifix’ origin is found somewhere in the 9th or 10th century and it represents one of the first discoveries in terms of Christianity on the grounds of Denmark. What’s amazing about this discovery is that historians believed that Christianity appeared in Denmark much later than the 10th century, but the pendant contradicted this belief, acting as a proof of the apparition of this concept much earlier than initially believed.

Another amateur metal detectorist, Michael Greenhorn, was searching the grounds with a metal detector when he found a gold ring full of glass. Even though the founder did not pay attention to the ring at first, believing it is a regular ring that has no historical value, he asked for the opinion of researchers who came up with an impressive conclusion – the ring dated back to the 5th century AD. A careful analysis on the surface of the ring made this treasure absolutely mind-blowing. The big stone in the center of the ring was a sapphire that was older than the 5th century AD. The ring was specially conceived for the sapphire. The ring was called the Escrick ring and it is exposed at the Yorkshire Museum.

Gold will never go out of style and it always extremely valuable, regardless of the times. Finding a piece of gold can instantly make someone rich. The example of a person who decided to randomly start a new hobby – metal detecting – turned out to be a huge winning. Here’s the story of the Cortez’ Boot:

A person in Mexico was searching the grounds of Arizona using a metal detector he bought from the store with no professional reasons. While searching the grounds to test the metal detector and after failed attempts at finding random metals that did not worth anything. One day, the searcher got lucky and he found a gold nugget that weighed almost 30 pounds. The name of the treasure is the Boot of Cortez or the Cortez’ Boot. It has been displayed in many museums until the present day and it was recently sold at an auction for a million and a half dollars.

Cynthia Madison is a young blogger and economics and marketing graduate. She writes about home, lifestyle and family topics and is a senior contributor to popular niche publications.

Shock Detector A Shock Detector, also referred to as an impact monitor or a shock overload device, senses and indicates if a physical impact...

HMI is meant Global Smoke Detector Industry Market report back to give the most effective and most penetrating analysis needed to any or all...