A Look at the History of Variable Area Flow Meters 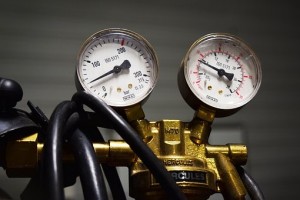 The first known variable area flow meter was developed in 1908, thanks to Karl Kueppers. He was a German inventor who designed and patented the device in Germany the same year it launched. His invention was only capable of measuring the flow of water.

As far as its widespread adoption, selling Kuepper’s invention only began when it was recognised by Deutsche Rotawerke in 1909. Then, the product caught the attention of various industries around the UK and Europe. Kuepper also kept refining and developing the device to enhance its earlier features and improve its measurement accuracy.

Years later, a different version of variable area flowmeters surfaced in the United Kingdom. The product, which is still primarily used for measuring liquids, was registered by a UK company named GEC Elliot. Well into the 1970s the UK firm credited for manufacturing most rotameters underwent buyouts and acquisitions, which resulted in the current product registration of rotameters currently owned by Yokogawa Electric Corporation.

Aside from changes made to the material used in the measuring tube, the design and materials used in making the float inside the tube have also changed. These design enhancements further increased the measurement efficiency of variable flow meters used today.

Variable area flow meters are known to be simple and easy to install even in the most basic applications. However, recent technological advancements also paved the way for developing flow meter designs with the capability to modify the mechanism and allow computers to monitor and record results. Using computers eliminated problems related to human error. Using computers not only improved accuracy but also increased productivity by helping engineers to access and collate data over a period of time.

Even with the various advancements and improvements to variable area flow meters over the years, they remain the cheapest, and simplest flow measurement devices available today. As such, many industries still prefer them over other types of flow meters. Not only are variable area flow meters used in manufacturing plants, they are also commonly found in the oil and gas industry, mining applications, utility and municipal water systems, and pharmaceutical laboratories.

Variables a name of memory location in java

Introduction : Variable is a name of memory location. In java, there are three types of variables available : local, instance and...