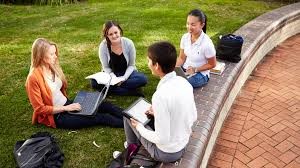 The vending machines are popping up everywhere in Saudi Arabia especially about the fast foods joints. The fact that they present us with a fast opportunity to get something that was unplanned to eat makes them acceptable in the society. The fast rate at which the community is growing and the fact that people have even lesser time to prepare for meals especially due to the planning attribute makes the emergence of these fast food vending machines extremely famous. The growing number of fast foods vending machines in Saudi Arabian hospitals is raising major concerns about the daily visitors to these facilities. These vending machines offer the patients and the other visitors to the facilities an easy way to obtain a quick snack for a few coins instead of having to carry food from home as well as having to go too far areas in search of a meal. However, the disadvantages that these machines present are a major concern that has led to the idea of replacing these machines with the healthy juice vending machines. The growth trend of health complications especially the case of child obesity has become a global problem and the Saudi Arabian nation is trying to look for the cases as well as solutions to the health trends.

Vending machines offer one of the most convenient options that people have in accessing foods as well as drinks without having to travel for long distances looking for a shop or having to make plans of hat they are going to eat. Traditionally, these bending machines have been strategically located in areas that receive traffic entailing people who want quick solutions to their hunger and thirst needs. Some of these locations encompass the hospitals targeting the waiting customers, fast food joints where people go to get quick fixes as well as schools targeting the large population of students with pocket changes among others (Chahoud and Carter, 2006). The convenience that these unhealthy fast food joints come with grave adverse heath repercussions for the consumers of the products found in these machines.

Statistics indicate that the attainment of an optimally healthy heart demands that one should not consume more than 1500 milligrams of sodium on a daily basis. The human body demands sodium in the diet to guarantee that attainment of normal body fluid balance, with the consuming too much sodium increasing the likelihood of high blood pressure and the consequent risk of stroke. The consumption of junk foods from the unhealthy fast food vending machines as potato chips, pepperoni pizza is high in sodium and increases an individual’s risk of stroke. The journal of cerebral circulation reveals that there is an 18% increase in the risk of stroke for every 500 milligrams of sodium that an individual consumes above the recommendation (Wiecha, Jean L., et al., 1624-1630).

The junk food that is available via the unhealthy fast food vending machines results in weight gain and other cases obesity. The common statics indicates that it takes an extra 3,500 calories in an individual’s diet every day to gain 1 pound of weight gain. Tooth decay as the additional result of the unhealthy fast food vending machines follows that a diet that is rich in sugary products increases and individual’s likelihood of developing cavities. The occurrence of tooth decay follows the breakdown of the enamel, which is the protective coating on teeth (Unhealthy Foods Bulk Of School Vending Machine Choices, p7). The eating of junk food that is high in the sugar content as candy as well as baked goods coats the mouth, gums, tongue and teeth with sugar, the component that attacks the enamel resulting in tooth decay and cavities.

Consumption of too much junk foods products can result in gastrointestinal challenges in that the processed foods contain very little if any dietary fiber. It is imperative that one including fiber in the diet to keep those bowels moving and if one did not eat the adequate amount of fiber, there is a high likelihood of developing constipation.

Most institutions are currently addressing the state of the vending machines in their vicinities containing the unhealthy products that are responsible for the health challenges. Starting the replacement of these unhealthy vending machines in hospitals as well as the other fast food joints in Saudi Arabia with fresh juice vending machines presents an opportunity for the county to improve the wellbeing of its citizenry. The successful realization of a healthy population by the Saudi Arabia population relies on the ability of the hospitals administration to ban the sale of sugary and fatty foods in the vending machines available in the facilities (Wiecha, Jean L., et al., 1624-1630). The campaign needs to extend to the other regions that have the selling of fast foods as they are the main proponents of the unhealthy eating that is accessed through these vending machines.

The continued growth of the trend for healthy foods has seen an increase in the consumption of vegetables and fruits during the meals as well as breaks, particularly revolving around the consumption of fruit juices and the freshly squeezed juice. Through the promotion of the replacement of the unhealthy vending machines with the fresh juice vending machines, the hospitals in Saudi Arabia will be able to improve the nutritional offerings in their cafeterias, vending machines as well as the meals that the patients consume (Vending Machines in Hospitals - Are They Healthy, 26-50). The growth in the awareness of the number of population that is aware of the healthy negative benefits associated with the unhealthy fast food vending machines implies that the idea of the fresh juice is going to be accepted. Consequently, there has been an escalation in the costs of accessing healthcare in Saudi Arabia as a result of the poor eating habits implies that the stakeholders in the healthcare sector are going to support the policy on the replacement of the unhealthy foods. Starting the change in hospitals offers the best opportunity to undertake mass education as the information they get comes from the sources that they trust with their health (Vending Machines in Hospitals - Are They Healthy, 2016). Additionally the need to cut on the hospital budgetary allocation by the government makes the policies relating to the replacement of these unhealthy vending machines with the fresh juice ones a success due to the involvement of the national leaders.

Thus, the overall attribute that supports the adoption of the fresh juice vending machines in hospitals, as well as the other fast foods joints, include the fact that the Saudi Arabia population is going to benefit from the realization of a healthy life. The reduction in the number of strokes, tooth decays, and obesity among the residents of Saudi Arabia will make the idea acceptable to the residents. The desire by the government to reduce their allocation to the healthy sector additionally implies that the strategy will receive the support of the government.

Opportunity Available Which Outside Abroad

The growing number of schools that are calling for healthy eating of their students offers an opportunity for the product. By liaising with the school administrations, we will be able to install the machines in the schools, an attribute that offers significant revenues. The numerous fast foods joints that are available in the region additionally present an opportunity that we will be exploiting. We will be stocking these fast food joint vending machines without fresh juice products, thus cutting the costs we would have incurred in installing the machines ourselves (Chahoud and Carter, 2014). The costs we save through this attribute will be used in stocking more vending machines in the fast joints, especially in Jeddah. The growing bad reputation of the fast foods joints offering spoilt products is an additional opportunity we will be taking advantage of by making our vending machines self-services joints that the customers serve themselves. The exponential growth of the fast food lovers in Saudi Arabia is an opportunity that offers a huge market for our fresh juice products.

The possible risk we run encountering is the court suits that the owners of the fast foods joints may make in barring us from using their machines, an attribute that will cost us market accessibility. Additionally, the stringent laws in Saudi Arabia regarding the establishment of new businesses are additionally a risk that could make us take longer as we wait for licensure. The penetration of the already existing fast food vendors into the fresh juice idea is an attribute that will significantly eat into our revenues as they already have the infrastructure.

Sherry Roberts is the author of this paper. A senior editor at MeldaResearch.Com in research paper services if you need a similar paper you can place your order for professional research proposal writing services.

Every office needs a vending machine service that is effective and is stocked up with good food with a variety of options. There are many...