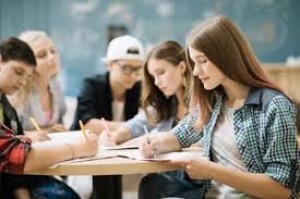 Risk assessment involves arriving at an estimate of the likelihood of future acts. Risk assessment is important throughout the adjudication process. It is often carried out for dispositional purposes and in the determination of various actions. In various situations decisions are often predicated, partially, on the basis of risk assessment outcomes. Thus, the accurate assessment of future risk is important to clinicians and policymakers. Recidivism rates for sex offenders vary considerably depending on various factors. The variables include the types of victims that the individual targets, previous offenses and conviction. The ability to make determination about risk is often performed through assessment of various individual factors. Clinical judgment is important part of risk assessment. However, assessment rooted in empirical foundations based on idiosyncratic experience is significantly important. These assessments are important as they illicit information on offender’s risk of re-offending. These factors include sexual arousal to minors, past criminal history, past sexual offenses, victims, absence of age-appropriate relationships and physiological factors. Given the importance of assessments, numerous risk factors have been studied to determine how they predict re-offense. The paper will discuss a case based on estimates of the likelihood that an offender will revert to criminal sexual behavior after intervention for a prior criminal act.

Being a probation officer with a specialized caseload of sexual offenders, I would choose the first case. The case involves a 50-year-old repeat offender who began talking openly about his sexual attraction to a particular boy. The choice is based on the risk assessment factors that predict the probability that a sex offender will recidivate. The presence of arousal patterns or deviant sexual interests can be identified in this case. The individual has a preference for deviant stimuli for children (Vitacco et al., 2009). The repeat child molester has talked openly about his sexual attraction to a particular boy. Evidently, the offender prefers sexual relations with children over sexual relationships with age-appropriate partners. Because the type of interests or preferences is so strong, it can be a significant driving force behind propensity to re-offend. Research suggests a strong link between sexual deviance and sexual recidivism (Hawes & Boccaccini, 2013).

The understanding of sexual deviance among offenders is quite clear. Sexual offenders are resistant to treatment. However, the combinations of different features pose a great risk of recidivism. The potential risk of recidivism rates of sex offenders informs the treatment or interventions necessary. The risk levels of the particular individual are high due. Additionally, child molesters tend to have high rates of repeat offenses due to the chronic nature of their pathology (Vitacco et al., 2009). Recidivistic sexual offenders are expected to hold deviant behavior that eases the commission of repeat offense. The open confession by the individual, in this case, provides a fertile ground for maintenance of deviant sexual behavior. The sexual interactions with sexual victims in sexual offending are often viewed as problematic. In this case, the victim is incapable of mutuality given that he targets children (Efta & Freeman, 2004).

Prior offenses and other general criminology factors are important predictors of potential to re-offend. An individual who has previously engaged in sexually violent conduct is more likely to re-offend. Repeat offenses and reconviction for new sex offense are often considered to be important predictors of recidivism. The individual in this case had previously engaged in child molestation. Criminal history variables are often used to predict sexual recidivism. The idea is that past criminal history is a strong predictor of future behavior. Prior convictions for sexual violence are a predictor of future sexual crimes. Literature on predictors of sexual offending address issues of previous convictions. However, the prediction of recidivism amongst sexual offenders can be complex (Langevin et al., 2004).As a group, persons with previous convictions for sex crimes have higher rates of sexual recidivism compared to those without a previous sex crime conviction. Individual who molest children outside of the family record higher rates recidivism over time. The overall recidivism rate for sex offenders is considered to be lower than that of other criminal groups. However, sex offenders are also involved in arrest or conviction for other non–sex crimes as well as new sex offenses (Vitacco et al., 2009).

The type of victims selected by sexual offenders is an important indicator of recidivism. Research suggests that individuals who offended against exclusively against male children or against a wide range of types of victim have higher risk of reoffending. Accordingly, sexual preference for children, particularly male children is strong predictors of sexual recidivism (Christiansen & Vincent, 2013). The risk of repeat offense is higher for those sexual offenses committed against unrelated children. Individuals with prior sexual abuse against children outside their family pose a greater risk for further sexual molestation. Many offenders convicted of abusing children outside the family often have previous convictions for a sexual offences compared to individuals who abused children within the family (Christiansen & Vincent, 2013).

Extra-familial sexual offenders are more likely to have served prior sentence for the same crime. However, such findings should be weighed against the likelihood that extra-familial abuse is more likely to be reported and detected. The reason being that seriousness of the offence differs as incest is considered to be less life-threatening compared to random sexual abuse. Random sexual abusers of children commit impetuous, impulsive and primarily violent acts without control or consideration. They often have prior records of delinquency and sexual abuse features in their backgrounds. They have adult criminal records and have previously been convicted several times or have one prior conviction for sexual offences. The individual in this case is Extra-familial child molesters with a degree of sexual preoccupation with children. These factors predict sexual recidivism as most individuals who commit repeat sexual offences have similar characteristics. These are a factor in increased risk of recidivism amongst child molesters (Knighton et al., 2014).

The characteristics of the sexual offender are more similar to repeat sexual offenders who have previously committed a sexual offence. For repeat sexual offenders, the characteristics indicate an increase in the likelihood of future offending. Probably the most important predictors for the individual are prior offenses, sexual deviance and choice of victims. Additionally, the self confessed attraction is also a predictor of intentions to commit further sexual offenses. In the case, the individual has a history of similar types of offences. This also predicts a higher rate of offending. The relevance of the individuals’ previous offence history is repeated throughout literature. While most offenders do not necessarily specialize, those who commit a sexual offence in the past are more likely to do so again. For this individual, sexual deviancy was often a significant indicator of risk. Compared to the offender in the second case, multiple victims and related victims consistently indicate higher risk. Additionally, the individual has been convicted of sexual offense on more occasions compared to the offender in the second case.

An attempt to understand why recidivism occurs is constructive in developing intervention measures. The case shows a number of consistent patterns that provide useful indicators of risk. The individual in this case is Extra-familial child molesters with a degree of sexual preoccupation with children. The type of victims selected by sexual offenders is an important indicator of recidivism. Often, the individuals who offend exclusively against male children have a higher risk of reoffending. The relevance of the individuals’ previous offense history is repeated throughout literature. Repeat offenses and reconviction for a new sex offense are often considered to be important predictors of recidivism. The individual in this case had previously engaged in child molestation. Criminal history variables are often used to predict sexual recidivism. The idea is that past criminal history is a strong predictor of future behavior. For this individual, sexual deviancy was often a significant indicator of risk. Recidivistic sexual offenders have a deviant schema that eases the commission of repeat offense. The open confession by the individual, in this case, provides a fertile ground for maintenance of deviant sexual behavior. In this case, the potential victim, a young male is incapable of mutuality. Additionally, the self-confessed attraction is also a predictor of intentions to commit further sexual offenses. The individual openly confesses of his attraction towards a potential victim. The second case lacks significant indicators of repeat sexual offense in future.

Sherry Roberts is the author of this paper. A senior editor at MeldaResearch.Com in research paper services if you need a similar paper you can place your order for professional research proposal writing services.

The vast majority of lower libido is prompted by psychological things, individuals can accurate the errors with the strategy by way of...

Introduction Self-identification of being female or male is shaped through social and cultural conditions. Different forms of media often...