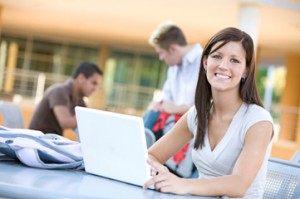 System development life cycle is also known as application development, and it is a system development approach used in solving a problem using a stepwise process ranging from project initiation through to termination. Each of the phases needs particular inputs and produces specific outputs. The output from one phase serves as input to the next phase of the cycle. SDLC model is a suitable tool that is useful in developing information systems, and the developers and analysts leverage it in developing applications and systems of any size and complexity. The SDLC model offers the guidelines as well as the structure for software development process with a prescription of documents and deliverables for every phase. In this paper, there is the discussion of the seven-step SDLC model and the spiral model which has four steps.

The initiation phase of the seven-step SDLC model begins when the stakeholders in an enterprise identify a problem that should be solved through the development or modification of the existing system (Power, 2002). Its aim is to identify and validate the opportunity for enhancing the business performance, highlight the necessary constraints and assumptions to the solution and then recommend the exploration of the alternatives to solving the problem (Rebhun & Hashemi, 2005). It also identifies the scope of the project under study and then formulates an appropriate solution for that problem.

In the seven-step model, the feasibility phase is the second one that entails the investigation of the problem hand decides if the development is going to be adopted. It looks at the possibility of developing the project based on the technology, legal, economic, political, schedule, resource, and operational requirements (Rebhun & Hashemi, 2005). If the project is to be pursued, then the feasibility phase must produce a project plan as well as the budget estimates that are to be used in the subsequent phases.

In the seven-step SDLC model, the design phase is the fourth one that involves the design of the system in light of the functional requirements developed in the requirements analysis phase. Various elements are taken into consideration in the design phase and then the risks assessment and mitigation takes place. There is also the allocation of processes to the available resources as well as the development of a plan for transferring the data to the new system.

The development phase of the seven-step model is where the design and the requirements have a translation to produce system components. The other task that takes place in this phase is the testing of the individual units and then preparing the system for integration and testing. Testing then takes place so as to check bugs, errors, and interoperability (Royce, 1970).

The operation and maintenance of the developed system are where the system gets monitored to make sure that it works as per the user requirements as outlined in the planning phase (Power, 2002). When the system is being used to carry out the daily operations of the company, issues begin coming up, and so the maintenance phase also entails making modifications to add new features and improve its performance. The modifications for the system come as a result of the changes in user requirements and market trends.

The spiral model of system development incorporates risks analysis in all the phases and is used to guide the stakeholders in carrying out concurrent engineering of software-intensive projects (Mishra & Dubey, 2013). The features that distinguish this model from the other models are the fact that it involves a cyclic approach as well as the anchor point milestones. The cyclic nature of this model helps in growing the definition and implementation of the system as the potential risks are being reduced. The stakeholders have a mutual commitment as a result of the anchor point milestones so that they can produce a system that is feasible and satisfactory (Royce, 1970). The spiral model comprises of four quadrants whereby each of the quadrants involves a particular activity taking place. The four phases that this model is comprised of include requirements analysis, risk analysis, building, and testing, and evaluation.

In the requirements analysis phase, it is where the developer gets to identify and understand the requirements through the gathering of requirements (Munassar & Govardhan, 2010). There is also feasibility study conducted to find the possibility of developing the system based on the technical, operational, resource, legal, and economic requirements. The requirements are then streamlined through the preparation of walkthroughs and reviews. Walkthroughs are system peer reviews whereby the designer guides the development team in understanding the system, and it is conducted in the form of a brainstorming session where the participants get to ask questions and present their opinions.

The risks analysis phase involves the study of requirements identified in the previous phase, and then the development team engages a brainstorming session to identify the potential risks that are likely to arise during the system development (Mishra & Dubey, 2013). The identification of the risks results in the development of a strategy for addressing them effectively. A document is formulated by the development team that comprises of all the identified risk and the mitigation plan for each risk (Madachy et al., 2006). Risks analysis is essential in determining how to go in the next phase. At this point, the developers may decide to leverage any SDLC model or use a mixture of models.

The fourth phase of the spiral model is building and testing where the actual development and testing of the proposed system takes place. The developers program the interface, the databases, and they test the codes. The individual models undergo testing before the testing of the entire system is undertaken. The testing phase also incorporates the training of the users of the system and the preparation of system documentation that is aimed at helping the users understand how it works (Mishra & Dubey, 2013). The deliverables of this phase are a working system and a defect report.

The system evaluation of the last phase in the Spiral SDLC model and it takes place in the customer environment as they assess the system and provide their feedback. The development team uses the feedback from the customers to make enhancements on the system so that it adequately meets the users’ requirements. The features implemented document is the deliverable of this phase. Every iteration of the spiral undertakes this process until all the four iterations are completed and all the system errors are mitigated (Alshamrani & Bahattab, 2015).

Munassar, N., & Govardhan, A. (2010). Comparison between five models of software

Sherry Roberts is the author of this paper. A senior editor at Melda Research in academic writing agencies if you need a similar paper you can place your order for a custom research paper from research paper company.

Introduction SDLC is a conceptual model integrated into the system development process that consists of a series of phases to plan, analyze...

@ Contrast media or contrast agent is used in medical imaging to enhance the image of body parts generated through X-rays, magnetic...

According to research report the global contrast media market is expected to reach USD 8.68 billion by 2027 from USD 4.56 billion in 2018...