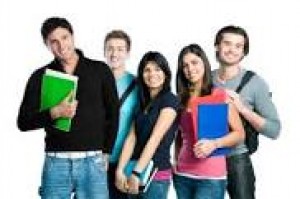 About Nicholas Carr (the author of It doesn’t matter)

Nicholas Carr is a famous writer whose major areas of focus are on the social, economic, and business implications of technology. He was born in 1959 in and is a resident of America whose prowess in writing has led to his publishing of several books and articles on technology, business, and culture. Among the many books, he is known for includeThe Shallows: What the Internet Is Doing to Our Brains which was a finalist for the 2011 Pulitzer Prize in General Nonfiction. Others include ‘It doesn’t matter’ which has garnered a lot of controversial reactions from many readers, authors and scholars though the HBR staff voted it the best article to appear in the magazine in 2003.

In the book ‘it doesn’t matter’, Nicholas says that information technology has been a very important and integral part of business today. For a brief period, infrastructural technologies have opened opportunities for forward-looking companies to gain strong competitive advantages. Time after time, their availability has increased, and their costs have decreased. As time goes by It has become prevalent, ubiquitous, and part of the status quo. People have become used to IT and are no longer considered something unique for anyone. According to him, information technology has become a common feature in a non-proprietary technology infrastructure and has therefore lost its significance in the provision of a competitive edge or strategic advantage for business growth and profitability at the company level. Though used by organizations, from a strategic business standpoint, It gradually become invisible and do not longer matter anymore. He points here that if a company is to be profitable, IT does not matter anymore. The company’s vision and strategy are all that matters. If this can get interpreted from a non-biased standpoint, what Carr means is that IT is no longer a strategic resource for companies. They should also focus on others things and not overspend on IT alone as a feature to lead them to success.

I do not agree with Carr’s position. Saying that IT does not matter is not correct. My differing side from his argument gets based on the fact that IT has today become an integral part of the organization which has helped it in conducting very many daily duties and transactions. IT infrastructure is imperative as it speeds and makes efficient many activities of the company taking care of duties that a man could do in the whole day within seconds. Today, managers make deals with others business partners at the comfort of their desks. Marketing of products has also been made easier through IT which does so through creating social threads via social media. Today, one does not have to appear physically in the shops but only does the ordering from the comfort of his/her home and relax waiting for delivery. IT has created a lot of opportunities and transformed the vast world into a small global village. Thanks to IT that communication between two people located in extreme corners of the Arctic and Antarctic can speak and do business. Apparently, its use is still needed today as was in the past. It matters and is very crucial.

Sherry Roberts is the author of this paper. A senior editor at MeldaResearch.Com in best custom research papers if you need a similar paper you can place your order for custom college essay services.

During the summer months of 1853, Czar Nicholas 1, enraged by the rejection of the Ottoman Porte to uphold and ratify the demands placed...

Christmas in Prague is celebrated early when Saint Nicholas, the Angel and Devil all come to life on the 5th of December. This magical day...

Lisa Jeeves
Illinois Mortgage - Everything you need to know about.

The mortgage scene in Illinois has changed beyond recognition in the past couple of years. To know every bit about the mortgage that you are...