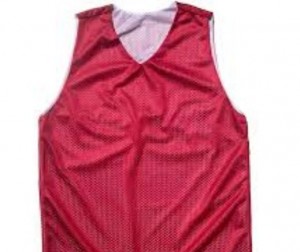 With disposable income at a low point and with economic upturns only a fantasy at the moment, plenty of retailers are struggling to make ends meet. There are two basic strategies that most retailers depend on during times when consumers aren’t spending.

Playing it safe may seem, initially, like the wisest strategy, but it has some limitations. While stocking your store with only staples is a good way to ensure that you don’t end up with trendy gear on the clearance rack after its fifteen minutes of fame has blown by, it also puts you at a disadvantage when it comes to competing with other retailers. After all, if everyone is only stocking the staple products, then it simply becomes a price war. Plus, if you only stock necessities, you won’t have the new items that bring new customers in. Whether or not they buy the new items is often irrelevant if it gets them into the store. If your competitor is stocking new things that draw window shoppers in, for example, they’ll also be selling more of the staple products and that means fewer sales for you.

Far less cautious than strategy number one, but it has the advantage of bringing customers into the store. The problem is that when consumers aren’t spending, there’s no guarantee they’ll buy even if they’re coming to window shop. On top of that, trendy items are often more expensive to stock and have less of a mark up, so you take a bigger hit on them when you have to liquidate them at a later date.

While these are the two most common strategies, there’s a third that makes the most sense for the market today.

We’re not talking about a niche like stocking your store with a dozen different varieties of potholders. This is more of a hybrid strategy designed specifically for stocking during difficult selling seasons. Identify a staple product that your customers need, but one which your competitors just aren’t selling, or don’t have much of a variety to offer. For example, basketball shorts are a year-round staple product; however, most retailers don’t carry them year round. Despite the fact that they aren’t a seasonal item at all, they tend to be cycled in with other shorts when department stores order inventory. Those that do carry them year round only carry one or two styles or colors.

A product as simple as a healthy variety of wholesale basketball shorts can make a small retailer’s season much better. They’re inexpensive to stock up on, offer a huge mark up which makes them a safe investment, and customers love them for a variety of different purposes. They’re a popular item in most markets, if not all markets, and they make a great add on purchase as well, when a customer comes into a store for something else. Plus, since they don’t cost much, you can order a few trendy colors as a way to draw customers in.

An Overview of Chemical Distribution in Microsoft Dynamics 365

At a GlanceFailure to meet customer demand at Chemical Distribution companiesOverview of End-to-End supply chain processes including...