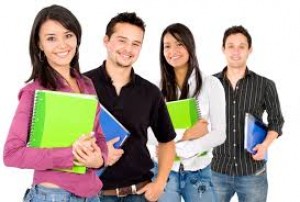 In database management, ETL stands for Extract, Transform, and Load. The three terms are a reference to three separate functions integrated into one programming tool. Additionally, ETL refers to database process that extracts, transforms, and loads. Extraction refers to getting data from heterogeneous or homogeneous data sources. The extracted data is transformed. Transform means or converting the data to an acceptable format or a suitable structure to enable querying and analysis in the future. The data is then loaded. Loading refers to giving it to the eventual target. The eventual target may refer to the operational data store, data warehouse, or data mart (Pallaw, 2010).

All the three database stages happen in a parallel execution because the process of data extraction takes time before completion. During pulling of the data, another process of transformation executes. It means that the received data is being processed and prepared for loading. Immediately the process notes data ready to be loaded into the target, the loading of the data starts without delay to enable successful completion of the previous stages. Most of the ETL systems integrate data from several systems. The systems may have been developed and supported by different vendors. Furthermore, they may be hosted in different computer hardware.

It is worth noting that ETL is different from ELT. However, they differ in the arrangement of the phases. ELT is typically Extract, Load, and Transform. ELT is the process that transfers raw data from the source server to a data warehouse on a targeted server. It then prepares information for use in the downstream. An ETL developer may use the process in acquiring a semi-permanent piece of data for generation of reports for other purposes.

It does not matter the complexity or simplicity of a project because companies cannot rely wholly on the ETL tools to do all the heavy lifting. Companies still need ETL development to help in expertly in moving sets of data between databases. The main purpose of an ETL developer is to provide ETL support for various application modules in a company. Most of the ETL developers collaborate with Java architect to successfully complete the requirements of the process as well as designing and development of the process. They are also required to support other development efforts. Other responsibilities of an ETL developer include development, testing, production support, and project management (Casters, Bouman, & Dongen, 2010).

Informatica Corporation is a company dealing with software development. I was founded in 1993, and its headquarters are in the city of Redwood in California. Informatica is one of the few companies in the United States, whose data integration portfolio helps in finding, cleaning, securing, mastering, and transforming data. The company also provides enterprise integration of data and management software powering analytics specifically for cloud and big data. The company simply unlocks data potential while engaging in ETL development.

Action research (AR) is a reference to a practical way of carefully looking at one’s work to see whether it is in the way one would like it to be. It is worth noting that the practitioner does AR and therefore, referred to as practitioner-based research. Furthermore, AR involves the practitioner thinking about and reflecting on his work. Therefore, it can be a form of self-reflective practice. The idea of self-reflection is the most central attribute of AR. It is also the difference between AR and traditional research where researchers research on other people. Researchers research on themselves in AR. Therefore, it shows that AR researchers do an inquiry into their own as opposed to empirical researchers that inquire into the lives of other people (Whyte, 1991).

AR is open-ended. By being open-ended, AR does not have a fixed hypothesis at the beginning. Contrary, it begins with an idea developed by the practitioner. The process of AR is a developmental process that follows through an idea, seeing how it flows, and continuous checking to see whether it is following what the practitioner would like to happen. When it is looked in this way, AR becomes a form of self-evaluation. AR has a wide application in the professional contexts including performance appraisal, mentoring, and self-assessment (Somekh & Zeichner, 2009).

AR originated in the United States in the 1940s through the work of a social scientist known as Kurt Lewin. It may have begun in other places as well. However, Kurt Lewin is taken as the first beginner of AR. It became the most popular thing in the United States for some time but declined due to cultural, political, and economic changes. It emerged in Britain in 1970s because of several influences. Lawrence Stenhouse is one of the major Britain influence. He was then the director of Humanities Curriculum Project. He constantly promoted the idea of teacher as a researcher. AR has continued to develop over the years as well as the emergence of several interpretations over the years. Different researchers prioritize different technical aspects in an attempt to get the method right. However, all the priorities point to the same and original idea of AR. AR follows systematic process comprising of four steps of planning, action, observation, and reflection. The four steps take place in iterations until the practitioner meets the objectives of AR (Schoen & Nolen).

I will apply AR in my position as an ETL developer at Informatica Corporation. Application of AR in the development of ETL is the primary way of gaining experience and skills in database management and security and ETL development in general. AR will help me evaluate myself as the practitioner through the four iterative phases of planning, action, observation, and reflection. I will also be motivated in participating actively in teams and groups where there will be necessary. AR will also help me embrace the genuine sense of partnership. It will also help recognize the differences in responsibilities and professional ETL development expertise, but there will be no difference in value. It will enable me to realize that we are equal ETL developers in the teams.

Iteration 2: Analysis At this stage, I would have known the culture of the organization and their work environment and would shift my focus...