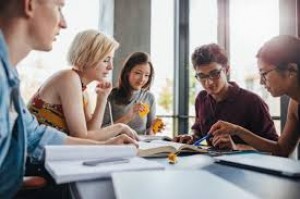 Childhood obesity has rapidly increased in America over a short period. Currently, nearly one in three children is obese. This number is even higher among African American as well as Hispanic societies where 40 percent of the children are overweight (Blackwell, 2012). If the country does not put measures to solve this issue, a third of the children born in the 2000’s or later will end to suffer from diabetes at some point in lives. Most of the children will face chronic obesity health problems such as cardiovascular risk factors (high blood pressure and high cholesterol levels, heart disease, cancer, obstructive sleep apnoea and asthma. Childhood obesity is a significant public health problem that should get addressed through prevention interventions and government policies so as to avoid future health complications.

In the recent past, many people led lives that kept them at a healthy weight. Children walked to school and from every day. They used to run around in recess, participated in gymnastics class as well as playing for long hours after school and before supper. Dishes got cooked at home with healthy portions of natural ingredients. Vegetables that are an excellent source of dietary fiber that helps reduce the risk of chronic diseases were part of the meal on a daily basis (Nkrumah-Elie, et al., 2012). Chemically raised food was rare while snacking between meals was scarce. These practices assisted in reducing the risk of childhood obesity; however the present day situation has allowed the population to become crippled by child obesity. Currently, kids have very opposite lifestyle. They now go to school by car or bus rides. Gym classes, as well as after-school games, got extinct. Evenings get spent on TV, video games as well as the internet. Families take less home-cooked food as required. Snacks are now the tradition in many households (Willhite, et al., 2014).

Obesity is the major challenge that faces children in the United States. In my opinion, many problematic illnesses that affect many children today are as a result of fast foods. It gets attributed to the fact that the children fall a victim to the fast foods advertisements that encourage their addiction to fast foods. My view, therefore, is that there should be stringent measures imposed on fast food industry especially in the method of advertisement, in which the key advertising practices target children (Blackwell, 2012). Many lifestyle diseases including cancer and other obese illness related problem gets attributed to the fast food snack that the children eat each and every day. The fast food industry consistently advertises their products in all the mass media that is greatly accessible to children. Some of the mass media in which children have access and where they get the information are the Internet, radio, and television (Wurtzel, 2015. Before the introduction of fast foods, children lived a normal healthy life and consumed health food; however the introduction of fast foods into the market led to a change in eating lifestyle. The eating habits of the children entail more of snacks in between meals than fruits or any other food. Home cooked food does no longer get preferred in households. It, therefore, calls for the need to regulate the fast food advertisement, as it has impacted heavily on the children eating habits on foods that are less healthy.

Fast foods get widely supported due to their high convenience regarding costs and time saving, as well as taste and flavor (Anderson, et al., 2014). Consuming fast foods is the fastest way of satisfying one's hunger compared to preparing a meal at home that entails visiting the grocery store, cooking and later washing utensils. It is also more economical compared to preparing a meal at home where there are expenses from cooking ingredients and resources such as gas. However, these factors should not get considered for the loss of an individual’s health that may result in adverse effects.

As studies indicate, 90 percent of obese rate is caused by fast food consumption, therefore regulating the sales and market strategies that encourage fast food consumption would, therefore, reduce on the eating habits and adopting healthy eating lifestyles. Households should also consider home cooked food to discourage the children from consuming fast foods. In the long run, it would minimize the obese problems and reduce the chances of contracting cancer illness (Willhite, et al. 2014)

Having fuller and larger breasts is one of the qualities of a woman. Nowadays, women’s are looking for techniques, which consist of having...

The Global Breast Cancer Therapy Market is anticipated to

Lets talk about the foods, infact yummy foods which we like most. They are nothing but pizza, burger, hot dog, sandwich nd much more along...