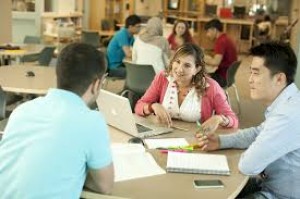 1. In this course, we have focused on approaches that focus on the "higher levels" of the social-ecological model (organization, community, policy). What are two benefits of focusing public health practice on the higher levels versus the individual/interpersonal levels?

a. Please include specific examples to support each of the two benefits that you identify.

Community interventions and medical policies that cover higher levels, significantly contribute to minimizing the burden of poor health in the society as it covers an enormous number. For instance, community health nursing covers both the person and the entire family hence promoting good health. Through community nursing, it is easier to identify genetic disorders than it would be if the diagnosis and treatment got done at the individual level. After identification, proper treatment or preventive measure can get prescribed for the family, and even for the unborn children so as to treat or minimize the impact of the disorder. The general practitioner can also observe family interactions and risk factors that can be the cause if the disease. Ockene, et al., (2007), states that public health threats get addressed and prevented best from a community and multi-level perspective, through the media and increasing collaborations in the health systems.

Public health at higher levels is not only cheap but also encourages public participation hence improving the quality and state of health care. For example, community vaccination against a disease covers a wider number of individuals at a lower cost but delivers a great outcome as more people get vaccinated. Public health care at higher levels involves targeting communities with a similar factor such as geographic region, race, gender, or a particular health condition, and this makes it easier to manage using few resources in a short time framework. The media has also played a significant role in educating and mobilizing a large number of people regarding a certain public health concert at a low cost and within a short time.

2. Which one of the following approaches do you think should be the highest priority for public health practice? B. Community-Based Prevention C. Media Advocacy D. Prevention Policy & Legislative Advocacy E. Addressing Corporate Practices Explain and justify your choice, including responses to the following.

a. How does this approach contribute to public health practice?

b. Why is it more important/effective than the other approaches?

c. Why is it well-suited to an ecological perspective?

Media applies different strategies to improve public health practice. One of the common techniques is through mass media (television, radio, internet, print publications and films) to disseminate information to the public (Edberg, 2007). Communication campaigns for public health practices such as campaigns against drug and substance abuse and best practices to promote public health that get communicated through public media influence people’s behaviors. Mass media may also get used to gain public support regarding a particular public health policy hence influencing the decision makers. The internet is also a vital tool for providing information concerning a public health issue as well as creating awareness. Technological advancement has also enabled easier interactions between the patient and the physician, such as tethered patient portals that allow communications between healthcare providers and the patient. These tethered patient portals enhance chronic disorder management, patient-health provider communication, patient’s compliance with medications and preventive services, and patient satisfaction (Otte-Trojel, et. al. 2014). The media also includes campaign programs such as the Truth campaign, campaign against HIV/AIDS, and National Youth Anti-Drug Media Campaign that promote public health through messages and campaign activities targeting the youth and parents. Media advocacy is also effective because, unlike the objective of addressing corporate practices that focus on a specific group, media advocacy reaches all individuals whether affected or not affected by the issue. Unlike prevention policy and legislative policy, media advocacy also covers o treatment and diagnosis of the public health issue.

Media advocacy is important and effective in the public health sector due to various reasons. Media advocacy can reach a broad audience in limited time. This audience includes decision makers, and individuals in remote areas that do not have access to a health facility, areas with poor infrastructure as well as areas hit by disasters such as floods. Media advocacy is effective since information always disseminated has a greater credibility than information presented through paid media advertisements. Media advocacy is also important since it is less costly. Media advocacy is one among the few public health interventions in which focus gets directed upstream to influence the environment in which individuals make various healthcare decisions. It gets used to accelerate and amplify the policy work so as to achieve the public health objectives for a safe and healthy environment in an informed and quick manner. Rowitz (2002), states that when media advocacy is community-based its most effective and entails collaborative measures at framing concerns, defining agendas, and monitoring the effectiveness of policy proposals.

3. Briefly, discuss which one of the approaches you think would be your preferred focus if you choose a career in public health. Some questions to consider:

a. Which one of the approaches do you feel best matches your personal strengths and weaknesses?

b. Which one do you feel is most aligned with the public health issues you are interested?

c. In what way do you anticipate that you would be involved in this approach?

If I chose a career in public health, I would select media advocacy since by using the approach I would be able to reach a broad audience as well as influence public health policies. Through the use of creative writing which is one among my personal strengths, I would significantly make an impact in the public health sector. My publications and articles would emphasize on preventive and proper health habits, hence result in decreased health issues. I would also use research to identify emerging health threats and warn people in advance hence mitigate the impact of the risk or eliminate the problem.

Media advocacy is the most aligned with the public health issues of interest. For instance, most diseases are as a result of lack of information of certain avoidable actions. For example, diseases caused by poor dietary or tobacco and alcohol abuse or poor sanitation could easily get avoided and minimized if the community gets sensitized to the effects of these activities. Other diseases such as polio that can get prevented through immunization can get avoided if the society gets sensitized to the importance of vaccination of children at an early age. My aim in these activities would be to make the world a better place where diseases get prevented more that they get treated.

Despite the continuous focus on digitalization, there is a surge in demand for paper which is expected to grow in the near future owing to a...