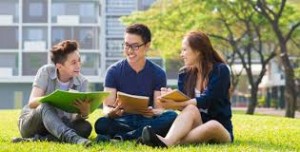 The word theory is a common term used in different fields and at different occasions to mean almost the same thing. Though different words may be used to help conceptualize what constitutes a theory, the central idea is that a theory is a tool that helps deduce why things are the way they are. I this paper, I will discuss the general definition of a theory, and then the nature and the different basic types of theory, the various views of what constitutes a theory and lastly, what distinguishes a theory from related concepts such as hypothesis, paradigm, model, and concept.

Nature and types of theory

As said earlier, theories are tools that aid human understanding about a particular subject matter. As such, a theory, though may not be scientifically verifiable is relied upon to produce logicality about a phenomenon of interest no matter how complex it may be or seem. Here we deduce that a theory abstract rather than perfectly realistic in nature.

A theory is syntactic in nature. That implies that it only becomes meaningful when given a semantic component or when applied to some content. Besides, theories are mainly expressed in some natural language though are mostly constructed in such a way that they can be modified to fit in explaining a variety of phenomena. Theories can also be expressed mathematically or symbolically as long as they follow the principles of logic and rational thought (Stam, 2009).

Apparently, a theory is majorly constructed by a set of sentences consisting of ‘true’ statements though the truth of any one of these statements is always about the whole theory. Therefore, the same statement may be true with respect to one theory, and not true with respect to another. For instance, a literary theory like "He is a good person" can only be proven to be true by first seeking the truth about the ‘He’ character. Two theories are said to have the same explanatory power if they can make same predictions. Such a pair of theories is called indistinguishable or observationally equivalent theories (Zima, 2012).

There are many kinds of theories. However, they all can be classified into two main categories namely scientific and philosophical.

This class consists of theories whose subject and conclusions are not founded on empirical data, but rather on a person’s ideas. That implies that many elementary philosophical theories are just perceptive statements whose truthfulness cannot be scientifically tested. Examples of relevant philosophical theories include the following:

This theory is another type of philosophical theory political theory which tries to explain how the law and government are. Many times, "political theory" points to a general view, or political belief and attitudes about politics (Gelso, 2006).

What constitutes a theory?

According to Gelso, (2006), a theory can be speculative of scientific. As such, it can be used to inform hard facts or general facts about a phenomenon of interest. Corvellec (2013), says that a theory can be mathematical or literary. It can be used to explain how some mathematical formulas came into being or why some people behave the way they do.

Meanwhile, Halloun (2013) explains that a theory constitutes of three key sections as described below.

· An idea, claim or a hypothesis – for a theory to be there, a researcher must have an idea, problem or a supposition beforehand which he/she could have observed and looked deeply into. For instance 2

What Is Social Theory? Social theory is a framework of empirical proof which is used by sociologists in order to study and explain social...