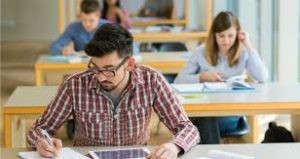 In the United States, Oregon and Washington have legalized physician-assisted suicide. This law established by states provides citizens in the state with a right to assisted suicide commonly known as ‘death with dignity.' In these states, physicians are empowered to aid patients to end their life and have been provided with a legal excuse to a charge of assisted suicide. The law in these states gives specific conditions when and under what circumstances a patient can be allowed to get assistance to end their life. Some of the requirements include that the patient is expected to die within a specified period and that the procedure must follow certain consent guidelines.

In states where there is no law legalizing physician-assisted suicide, an individual or a physician is guilty of promoting suicide attempt when they intentional leads to or assists another person attempt suicide.

The legal issues arising from physician-assisted suicide is that doctors can be charged with second-degree murder as they would be killing or aiding in the death of a patient intentionally. The legal perspective of homicide is described by the act of bringing about their death or assisting in ending their life, which is the act of assisted suicide. In care facilities, a legal issue arises when a doctor whose responsibility is to do good, aids in the death of a patient who requests assistance to commit suicide. The doctor may be charged and found guilty of assisting another person to commit suicide.

Various ethical issues arising from traditions of nursing and medicine have led to opposition of assisted suicide by nursing and medical organizations. The patient’s in care facilities have a right to know their prognosis to make decisions concerning the implementation of life-prolonging treatment. Although patients have a right to make a decision about what they want, the ethical issue that arises is whether they are mentally competent and can make properly informed end of life decisions about their condition. Also, an ethical issue that arises from a patient who has a right to die and seeking to end their life since they are suffering is whether the suffering should be viewed according to the patient’s view or considered in other people’s perspective. An ethical issue on assisted suicide on an individual who has a right to die is whether the approach used is widely acceptable.

4. Shall the person (i.e., a family member) be charged a crime (e.g., murder), who has provided any kind of assistance to another person’s suicide?

A family member who provides any kind of assistance to another individual so as to assist end their life is guilty and may be charged with a crime of manslaughter. The crime is that the person purposely aids another commit suicide regardless of whether the patient was willing or made own decision to end their life. The kind of assistance may include giving advice on how to end life, giving a book that provides guidelines on suicide or even providing pills or medicine or other physical means that causes death.

5. Your feedback and solutions to the issues of assisted suicide, legal and ethical

The subject of assisted suicide whether by a family member or an organization or a physician raises sharp contrasting opinions. Individuals commit or have thoughts of committing suicide for various reasons that range from ending the suffering caused by terminal illnesses or other problems. Governments and states should formulate and enforce laws that prohibit assisted suicide without proper guidelines or advice. The individuals seeking advice on assisted suicide or those who want to commit suicide should have adequate knowledge of the outcome of their actions. Federal and state government should also increase assistance to patients who are suffering or have pain due to some illness.

Sherry Roberts is the author of this paper. A senior editor at MeldaResearch.Com in nursing essay help USA if you need a similar paper you can place your order from custom college papers.

Physician-assisted suicide and active voluntary euthanasia should be legal in the United States.There has been a fierce debate among many...

Committing suicide do happen in different scenarios whereby one can voluntarily decide to take a way life without the knowledge of the...