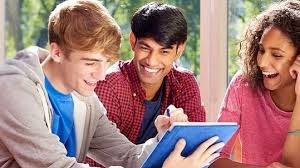 Alcohol is a highly addictive beverage that has a strong effect on people who consume it. The more a person drinks the high the likelihood that the person’s mental status will be affected. Alcohol consumption can impair judgment resulting to the engagement in risky behavior. Moderate alcohol consumption, on the other hand, does not affect an individual’s thinking capacity and behavior. In short, the effects of alcohol vary depending on the quantity of alcohol consumed, the frequency of drinking, and the age of the drinker. Over consumption of alcohol can results to immediate consequences such as memory problems, slurred speech, and confusion, engagement in risky behaviors, increased risk of violence and increased risk of accidents. Long-term misuses of alcohol can also lead to alcohol use disorders such as alcohol addiction, and a mirage of diseases included liver cirrhosis and certain types of cancer. Teenagers and young adults are well aware of this risks, but it does not deter them from engaging in reckless drinking. The online survey strives to find out why people drink and how drinking affects their decision making and subsequently, the rest of their lives.

A total of 35 participants responded to the open survey questions on alcohol consumption and their influence on the choices and behavior. 31 participants responded from the web link while four responses were from social media.13 participants (37.14%) were female respondents while 22 participants (62.86%) were male. 87.71% of the respondent were between the ages of 18-24 while 14.29% were 25-34 years old. 80% of the respondents admitted having drunk alcohol before with only 20% admitting not to have taken alcohol. 12out of 12 participants (100%) admitted having begun taking alcohol between the ages of 18-24years. On the frequency of the consumption of alcohol, 37.14% of the participants admitted that they consume alcohol 2-4 times a week. 17.14% admitted to taking alcohol at least 2-4 times a month while 14.29% admitted to taking alcohol at least once a month. 8.57% take alcohol every day while 22.86% indicated that they do not take alcohol.

The findings highlighted the serious situation of alcohol consumption among teenagers and young adults. The habit of alcohol consumption begins at a very young age thus increasing the risk of over-dependence and alcoholism. 87.71% are at a critical age of their life (18-24), and the choices and decisions they make can affect their wellbeing in the future. The pressure to fits in is also a prevalent cause that drives young adults to begin taking alcohol. 66.67% take alcohol because of peer pressure. The finding is an indicator that most young adults take alcohol as a way of fitting in among their peers, friends, and colleagues. According to Boyles (2007), the presence of peers increases the risk of risk taking. An individual may be aware of the risks of indulging in alcohol consumption, but he may still engage in the behavior when surrounding by his or her peers. Boyle (2007) indicates that individuals may be educated on the risks of behavior, for example, alcohol consumption but may still be undeterred to engage in the practice when in the company of peers.

The results also reveal the increased risk of engaging in risky behavior due to alcohol consumption. For instance, the risk of engaging in unprotected sex is high when the individual is under the influence of alcohol. Alcohol clouds the drinker’s judgment thus affecting his or her ability to reason clearly. According to CDC (2013) report on youth risk behavior surveillance, many people engage in behavior that put them at risk of morbidity and mortality. Numerous behavior including taking alcohol and engaging in unprotected/risky sexual encounters have increased thus putting the youth’s health outcome at risk.

There is a need for intensive and continuous awareness of the risk and influence of alcohol consumption in public. The effects to eradicate alcohol misuse in the society must involve parents as well as the young adults. The young adults must continue to be made aware of the negative impact of risk habits such as excessive alcohol consumption. From the findings, it is apparent that most young adults are aware of the risk of alcohol consumption hence their efforts to stop the habit. Therefore, it is importance for intensive public awareness on cessation of alcohol to continue so that the young adults never assume that it is alright to misuse alcohol. Similarly, parents must be encouraged to play an active role in their children’s life. Regular monitoring will ensure that the parent or guardian is aware of her or his child whereabouts thus minimizing the chances of risky and irresponsible behavior. Communities can establish alternative pass time activities that ensure that young adults are engaged. The availability of plenty of ideal time increases the risk of engaging in habits such as excessive alcohol consumption. For instance, the provision of sports activities around learning institutions and the community provides young adults with alternative ways to pass their time.

It is apparent that young adults find themselves in a tight spot when it comes to making a decision such as not consuming alcohol. At one hand, they are faced with voluminous information n the risks involved with the misuse of alcohol among other drugs. On the other hand, they are faced with the desire to fit in by impressing their friends. Peer pressure pushes most young adults to engage in excessive alcohol intake irrespective of the knowledge of potential risks. There is a need for intensive awareness on the risk of excessive alcohol consumption. The young adults need to learn that excessive alcohol consumption does not help an individual fit it in a group, it does not help resolve problems and it is not a way of having fun.

What is your Gender?

What is your Age?

Have you drunk alcohol before?

At what age did you start drinking

How Often do you drink alcohol?

Why did you start drinking alcohol?

Have you tried to stop drinking alcohol?

Can you control yourself when you are under influence?

Have you ever had unprotected sex while under influence of alcohol?

Do you regret choices you have made while under influence of alcohol?

Sherry Roberts is the author of this paper. A senior editor at MeldaResearch.Com in nursing essay help USA if you need a similar paper you can place your order from custom college papers.

There are several advantages of having a alcohol tester for your daily usage. We are here to to help you choose the right one for your needs...