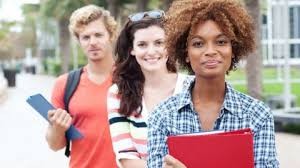 ABSTRACT Authentication of food products has been a primary concern worldwide with the aim of making sure that the food products processed are correctly labeled regarding which ingredients of animals are processed for consumption. The process comes under the legislation protection of the consumers. It is necessary for the products consumers to be protected against the fraudulent activities of the retailers who end up replacing some components which similar cheap ones for purposes of increasing the profit margin. The introduction of RFID has been effective only that the people in the market have come up with sophisticated approaches to playing around with the quality of the food products. In a normal situation, the process of authentication is based on the species recognition by comparison of the ideal selected sequences of DNA or protein. There are different robust and standardized techniques of undertaking the authentication. The proteome-wide tandem mass spectrometry is amongst the current recommended techniques considered for species recognition as well as food product authentication. The considerable approach in this case for the authentication of the white fish species was the molecular diagnostic technique which gets down to analyzing the DNA substances of the fish species. The experimental activities were performed in a very simple, standardized workflow that was not limited to the preparation of the species and determination of the DNA segments followed with data analysis.

INTRODUCTION The industry of fisheries is not left behind with the problem of fraud that fools the consumers of the products they purchase from the market. The Whitefish identification that goes hand in hand with the validation of other food types is essential basing on the point that the current market is subject to the fraud of selling products that are under the stated standards. For instance the fish product that one can obtain from the market as the fish and chip shop might be sold normally as the cod but could the quality is under doubt such that the products will be containing some other species instead. Cod is a premium product that every consumer will not go a week without making a purchase and the normal retail value of product is about £15/kg. Nevertheless, the cod might be substituted by the frauders for another cheaper species of fish for purposes of making profits. In this case, the use of cheaper white fish substitute called Basa (Mekong Catfish)is common which goes at a retail price of £1-2/kg (Jacquet & Pauly 2008, p.309-318). The substitution makes the retailer to obviously increase the profit margin but the fact will be misleading of the customer and this is a clear fraudulent. Therefore, without any hesitate; it is ideal to identify and verify the fish species to confirm the all contents of a given product in correspondence to the provided labeling on the product packaging to minimize and greatly prevent the general public from being misled (Naaum et al. 2016, p. 1).Information provided on the food products is important to the consumers in the way that they can select one food product over the other. The food choice was based on the factors of lifestyle, health concerns and the religious concerns. The scenarios of Muslims and Jews not taking pock and say persons with allergies are avoiding food products such as the peanuts and lactose based products. The erroneous description and mislabeling of these food products is quite illegal especially in the case where the food has been processed thus eliminating the power to distinguish between the components. The food product can be mislabeled in various ways. There is the substitution of once component by cheaper similar one, failure to declare the ingredients, false declaration of processes, the over the declaration of the quantity ingredient, false shelf life extension and false food geographical origin (Comi 2005, p.37-42). The European Union under EU Regulation No. 178/2002 established the traceability rule that got the ability to trace and following the food substances through the stages of production, processing, and distribution. The RFID techniques were applied, but due to increased frauds, it got the need of introducing the genetic analysis and the DNA-based approaches and an ideal way of tracking the foods to reduce and prevent frauds. Approaches such as the molecular traceability under the DNA molecular makers proved to be effective in protecting the premium food products in correspondence to the European quality labels. The primary objective of implementing the authentication of the white fish species was to define the quality of the fish products and prevents the frauds. The aim is after considering the DNA-based techniques in undertaking the tracing process of the products. The most relative approach to validate the fish species is to adopt the molecular diagnostic technique (Kurkela & Brown 2009, P. 535-540).

DISCUSSIONThe procedure for validating the fish species was based upon the amplification of a specific fragment of mitochondrial DNA that was isolated from the fish piece, using the polymerase chain reaction (PCR) technique. Universal primers were developed to amplify a specific fragment of mitochondrial DNA from a wide range of animal species. The Mitochondrial DNA comprised of a circular DNA molecule of about 17kb that encoded the several genes. The Mitochondrial DNA was isolated from the cells along with nuclear DNA during purification procedures. The universal primers, in this case, were used for PCR amplification were considered as complementary part of the cytochrome b gene and Nicotinamide adenine dinucleotide (NADH) dehydrogenase 6 genes respectively. They amplified the fragment of DNA that did correspond to the portion of the genes and a transfer RNA (tRNA) gene that was located between the cytochrome b and NADH dehydrogenase genes.

The reverse oligonucleotide primer sequence was conserved precisely in all animal species. Nevertheless, the sequence of the region complementary to the forward oligonucleotide primer showed some variation in animal species. Therefore, the forward primer was a redundant primer that comprised of multiple variants of the general sequence. The redundant sequences were indicated by the letters I, R and Y for the case.Once the PCR fragment was amplified, it was used to discriminate between different species by digestion with diagnostic restriction endonucleases. Although the sequence of the region was highly conserved between the fish species, there were some nucleotide changes. Some of those nucleotide changes were located within the recognition sequence for particular restriction endonucleases (Rodríguez-Ramírez, González-Córdova & Vallejo-Cordoba 2011, p.120-126). Thus the amplified DNA from some species was digested with a particular restriction endonuclease whereas DNA from another species was not. This resulted in different length DNA fragments from species that were distinguished by agarose gel electrophoresis. The different length DNA fragments generated were referred to as restriction fragment length polymorphisms (RFLP’s), and judicial selection of a combination of restriction enzymes did generate a unique combination of DNA fragments unique to each species. Thus the combination of PCR amplification of mitochondrial DNA with universal primers and RFLP’s are appropriate for species identification (Gil 2007, p.558-566). CONCLUSION Food product identification and traceability is a practice that must be observed to make sure that the processed food products are confined to the defined standards. It is also essential such that from the experiment performed the determination of the food validity according to the ingredients is relatively tricky. The use of some techniques fails to determine the tricky of replacing some components with cheap similar components for purposes of cutting off the expenses. The experiment was conducted based on the molecular diagnostic approach that got the use of the DNA mitochondrion as the substance of determination of the difference (Lockley & Bardsley 2000, P. 67-77). The different types of DNA makers have been best and widely used approach in the authentication of seafood products. Some of the techniques that facilitate the molecular diagnostic approach are the RFLP, RAPD, SSR and SNP. RFLP approach was for analyzing of a noncoding rDNA spacer segments to discriminate the closely related Scombrid mackerel that brings out the presence of the rDNA spacer segments. The process was relatively good in the discrimination of related fish species belonging to the same genus.The observation from the experiment can provide some light to the missing Diversity 2014, 6 586 PCR products in industrial preparation. It suggest that there was may be a presence of compounds that contained inhibitory effects on the PCR performance. To eliminate such an inhibitory effect is the amplification of DNA fragments using the nested primers in two consecutive PCRs. Otherwise, the process provided the prove of how molecular diagnostic is relative for undertaking seafood authentication for maintaining validity of the product components.?ReferencesComi, G., Iacumin, L., Rantsiou, K., Cantoni, C. and Cocolin, L., 2005. Molecular methods for the differentiation of species used in production of cod-fish can detect commercial frauds. Food Control, 16(1), pp.37-42.

Sherry Roberts is the author of this paper. A senior editor at Melda Research in custom written research paper if you need a similar paper you can place your order for a custom research paper from essay writing service USA.