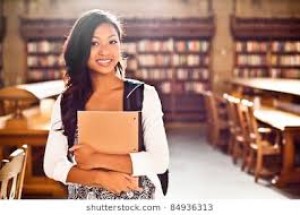 Brazil has previously experienced financial problems. The financial problems emerged due to dictatorial government and corruption. Both the IMF and World Bank interfered with the aim of reducing inflation and improving exchange rates. For a long time, the government of Brazil worked closely with the two institutions in its efforts to settle the foreign debt, but the country’s debt situation only deteriorated (Remmer, 2004). Prior to obtaining any help from the IMF and World Bank, the country had to accent to its state of affairs, which involved executing the Structural Adjustment Programs. The program involved taking measures including minimization the growth in the money supply, liberalizing its foreign exchange, eliminating subsidies, minimizing government spending and removing price controls among other measures (Chossudovsky, 2003).

The IMF and World Bank have offered various economic developments. The efforts have been criticized for neglecting the needs of the poor majority and prioritizing multinational corporations and wealthy lenders in the industrialization. In Brazil, the IMF and World Bank has intervened in domestic politics by supporting one side in the heated social debate. As a result, the institutions have interfered in the most political of decisions involving the allocation of national resources (Santiso, 2001). Hence, they have undermined Brazil’s national democracy.

Brazil has had to adhere to the conditions set by the institutions so as to sustain its economy. When Brazil liberalized its foreign market, the country recorded a considerable growth in imports. This is not healthy for the country’s advancing economy (Danaher, 1994). The significance of IMF conditions could help Brazil through access to outside markets for its agricultural products. However, Brazil still faces market barriers for its products (Mosley et al., 1995). The broad market opening affected Brazil’s trade deficit and devalued its currency. Under the guise of advancing "free trade," financial stability and market liberalization, the two institutions have forced a reduction in education, health care, and other social services thereby increasing inequality and deepening poverty.

On the other hand, IMF and World Bank have assisted Brazil stabilizing its economy and eradicating its debt crisis. Through Washington Consensus sponsored by the two institutions, Brazil implemented a fiscal policy, aimed at development programs, reducing government salaries and cutting down public sector investment.

For Brazil, healthcare is a priority. Therefore, it is the responsibility of the state to ensure that health facilities are available and funded. Healthcare is a constitutional right in Brazil. The Health Ministry carries out national health policy while both the government and private sector are responsible for the provision of healthcare. The effects of a healthy population on the economy are clear. First, a nation with a healthy population finds it attain sustained growth. The provision of primary healthcare enables prevention of diseases for the benefit of the economy (Santiso, 2001).

Secondly, the healthcare performance is linked to economic prosperity. A healthy population can achieve better productivity. Thirdly, a healthy population has a higher life expectancy. This is necessary for economic development. Investment in healthcare is important for economic growth given that healthy workforce is more delivers consistent production. The fourth is that a healthy population reduces the burden of illnesses and costs associated with health issues. This benefits the rapid economic growth. In order to achieve these, the Brazilian government provides a universal healthcare system that allows citizens to afford private healthcare. The system is non-exclusive and accommodates everyone, including visitors (Falleti, 2010). The problem with its health care system is that a substantial amount of spending on healthcare is private.

Brazil has faced a number of difficulties in its healthcare financing. This has been linked with low investment from the government. Despite the situation, the country does depend much on foreign aid to support the provision of healthcare to its citizens. Foreign aid is largely used for servicing its debts. The British government is a key supporter of Brazil. The country has made a substantial step towards the reduction of HIV/AIDS and has surpassed the expectations of the World Bank Brazil has emerged as a leader in the exchange of expertise and resources among developing countries. Brazil’s portfolio of domestically developed interventions, including the public production of ARVs and CCTs has positioned the country’s aid’s regime to capitalize on improving the national balance sheet. In 2015, Brazil enacted new legislation requiring international private investors to purchase and operate healthcare facilities in the nation. Investment in healthcare by foreigners has become desirable due to a reduction in value of domestic currency.

Chossudovsky, M. (2003). The globalization of poverty and the new world order.

Danaher, K. (Ed.). (1994). 50 years is enough: the case against the World Bank and the International Monetary Fund. South End Press.

There Are a Number of steps that you ought to know;Create a Document. Explore in a file explorer to your Documents folder. Document the...

Thomas William
When Should You Ask To Do My Assignment Help?

Today, studying has become more difficult than ever before. During the student’s life, students are troubled with many difficulties. They...