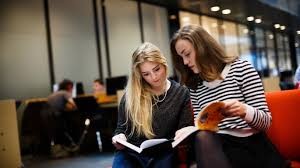 There are different stages in the Criminal Justice Process where evidence is provided to merit the case. Each of these stages is important in building a successfully litigated action. The first evidentiary stage is the preliminary hearing. This stage is important because it determines whether or not there is enough evidence exists against the defendant to continue the litigated action. This process allows the prosecutor to test the evidential strength at his disposal. This is important in making the judge decide if a crime was indeed committed and if there is the likelihood that the person in the court committed it. Therefore, this process is important for successful litigation. The second stage where evidence is provided in the justice process is the information or indictment stage. In this case, the grand jury listens to the evidence from the prosecutor and determines whether a case needs to face the trial (National Institute of Justice & National Research Council, 2001). Hence, the prosecutor has to provide evidence to determine the probable cause to charge the defendant formally. The last stage in which evidence is provided in the court process takes place during the trial. This happens when there have not been pleas, or the case has been dismissed because of different reasons. During the trial process, there are laws which govern the evidence submission. These regulations are tightly procedural law as well as precedent controlled. During this process, the procedural law specifies the type of evidence to be submitted, the credentials allowed representing the parties and what the jury can hear. This is a stage whereby the prosecution is always tasked with proving the guilty beyond a reasonable doubt or the defendant is left off the hook by the judge during judgment. Therefore, the preliminary hearing, indictment, as well as the trial, is three states in the court process where evidence is provided. In sum, preliminary hearing evidence helps to convince the judge that the defendant has a case to answer while the indictment proves to the jury that the defendant is liable for prosecution. On the other hand, the trial evidence is important to ensure justice is served. Thus, the three stages are important for successful litigation action.

A criminal investigator plays important roles in preparing a case for the court. This involves collecting and using forensic evidence as a way of solves crimes. He or she also interview suspects, informants, as well as witnesses to determine alibis, time frames, clues as well as possible suspects. He also bags the evidence carefully to ensure that it meets prosecution. He also runs personal identification database as a way of obtaining matches. Criminal investigators also play a role of collect sufficient evidence to support criminal case in the court criminal. They also process crime scenes, file evidence, follow up on leads and prepare investigative reports to be used by the prosecution. They also attend and make autopsies notes and prepare evidence sketches as well as diagrams. Criminal investigators are also important in obtaining search warrants, carrying out surveillance to monitor suspects, analyze criminal tests among others.

Not guilty and acquitted are two terms that are always found in the criminal justice system. Acquittal is where the accused becomes free of the criminal charge based on the criminal law (Riddell, 1916). In this case, the prosecution has failed to proof its burden of proof. On the other hand, not guilty means legally blameless. This is where the court finds the offender blameless after the prosecution has provided its full evidence. Thus, Not guilty’ is a decision made by the court concerning an individual charged with committing a particular offense to being freed after being blameless while acquittal means the prosecution have failed in its duty. Therefore, in my opinion, an acquittal means that the investigator failed. The reason is that the investigators must always use his evidence and knit it to the case to convince the court that the defendant is guilty or has a case to answer. Therefore, the investigator must always follow the procedural law to guide the prosecution in defending the case.

In 20 years time, there are some changes that may permeate the criminal investigation. One of the will be the use of radio frequency in investigations. This will help to track evidence source as well as forensic details to facilitate successful prosecution.

Gibson, B. (2002). Introduction to the criminal justice process. Waterside Press

Before the starting of any drama, you need to select the type of stage according to your character performance and scene demand. For the...

Cancer is the second most active disease in the world currently by the no. of deaths it is responsible for. Today’s complex time has issued...