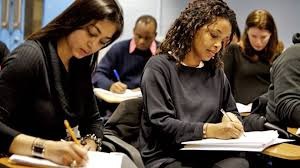 Most of the available studies indicate that parental divorce as well as living in a non-intact family has been linked with a number adverse impact on the children such as behavior challenges and power academic achievement. Most of these studies implemented a comparison of children from diverse families that experienced disruption to the children living in intact families, overlooking the influence of the unobserved differences between these families (Keenan, 2016). It has been found that the children from divorced families exhibit more behavioral as well as conduct challenges in comparison to the children from families with two intact parents. Prevailing studies indicate that children from the divorced families exhibit more aggression, antisocial as well as impulsive behaviors in their relationships (Fagan & Churchill, 2012). They additionally exhibit lower academic achievements with three out of every four children indicating deterioration from their school performance.

Divorce is one of the most stressful events in the life of both the children and their parents. The core stressors, as well as risk factors, entail the initial duration following the separation, the parental conflict, financial challenges, and the loss of main relationships and the consequent re-partnering of the parent (Keenan, 2016). The majority of the educators, mental health workers, politicians, family theorists as well as the media depict the divorced families as being unfit for the successful rearing of the children. The assertion is that it is only the married families who can offer the necessary warmth and nurturing environment to allow the children to thrive (Zolkoski & Bullock, 2012). The assertion held by some scholars is that the breakdown of the traditional families leads to the destruction of the basic fabric of the society and additionally contribute to the assortment of social challenges carried on to the future generations.

Statement of the Problem

More than 1 million children in America suffer from seeing their parents’ divorce. The overall assertion is that divorce causes irreparable damage to these children, producing a decrease in the overall quality of life in the children. It permanently weakens the family as well as the relationship between children and their parents. Divorce diminishes children’s learning capacity and increased behavior (Jeremy, 2015). The children from divorced as well as separated families have an increased risk of behavioral challenges, with the marital conflicts that accompany the divorce by parents placing the children’s social competence in jeopardy.

During the divorce, the prevailing attribute is that the conflict between the parents is associated with less affection, greater inclination to punish the children which lead to the children being more emotionally insecure (Shaffer & Kipp, 2013). The children involved in such families are likely to assess their social environment as both uncontrollable as well as unpredictable. Additionally, it has been found that children from the divorced families are likely as twice to drop out of school compared to the children from the intact families.

In the United States, more than 50% of the marriages are heading up in divorce, with more than 1 million children being affected by this situation (Hetherington, 2014). It has additionally been found that the age of the children at the time of their parents’ divorce is an integral consideration in the assessment of the impact that the divorce has on children. Some of the assertion re than children who experience the divorce of their parents as preschoolers will exhibit more long term adjustments challenges than the older children following parental divorce. In the case of gender, studies indicate that boys have greater adjustment challenges than girls (Hetherington, 2014).

Divorce and separation exhibit a positive correlation with a child’s diminished academic performance and that the children from intact families have been found to exhibit fewer challenges in school. Most of the children from divorced families are more likely to be held back a grade and additionally have lower grade point averages (Jeremy, 2015). The children from divorced families get approximately seven-tenths of a year less education compared to their counterparts in intact families. By the time a child is 13 years of age, it has been found that the average difference of half a year in reading ability between children of divorced parents as well as those from intact families exists when assessing issues of academic achievement (Jeremy, 2015). The core assertion is the fact that divorce leads to the diminishing of a child’s ability to handle conflict.

Children in preschools comprehend what is happening between the mother and father, as they fear the element of abandonment. These children respond to the divorce situation as they would address any other situation by acting out as they seek the attention of their parent. The prevalent correlation between adolescent family disruptions and education achievement is weaker following the control of a family’s economic status (Weaver & Schofield, 2015).

The divorce effects vary greatly among children as well as over time, with the impacts of the initial separation, the conflict between the parents and the consequent loss of the vital relationships are some of the stressors that affect the children following a divorce. They affect the overall adjustment of the children both in the short term as well as in the long term (Keenan, 2016). Most of the children who parents have divorced have expressed some of internalizing and externalizing disorders. The externalizing disorders include noncompliant behavior, aggressive, antisocial as well as a lack of self-regulation (Fagan & Churchill, 2012). They also show low social responsibility and the diminished cognitive agency and achievement, while anxiety, depressive symptoms as well as challenges forming social relationships encompass the common internalizing disorders by these children. It is additionally evident that the children who come from the divorced families are closely associated with high school dropouts, teenage pregnancies, alcohol abuse as well as drug use among these children (Hetherington, 2014).

Parental modeling during divorce was adversely affecting the child’s capacity handle disputes, with the assertion being that the main difference between the families that divorce and the ones that remain intact is in their ability to deal with the marital conflict and transition towards the agreement (Jeremy, 2015). The comparison between the children from intact and those from divorced parents indicate that those from divorced families tend to use violence more frequently in the resolution of their conflicts. They have additionally been found to be more aggressive as well as physically violent with their friends irrespective of whether they are male or female (Fagan & Churchill, 2012). Once they get into their marriages, these children from the divorced families are more likely to be unhappy compared to their counterparts from intact families, more likely to communicate less, escalate conflicts and argue frequently.

It assessing the children’s social skills, children from the divorced families is characterized by coercive or aversive interaction styles that lead to the ultimate rejection by peers. The fear that is associated with the rejection by peers has been found to be twice as likely among the adolescents of the divorced parents (Hetherington, 2014). The social relations of these children are likely to be damaged in an assortment of ways, with the core attributes involving poor peer relations, few childhood friends as well as a greater inclination to complain about the lack of peer support. In comparison to the children from the intact families, the children from divorced families were poorer when it came to the ratings by both parents and teachers on the elements of peer relations. Further social attributes that characterized their behaviors included hostility towards adults, withdrawal, anxiety, inattention and general aggression (Hetherington, 2014).

It has additionally been established that children from intact families exhibit lower rates of delinquency compared to their counterparts in the divorced families. The rate of divorce has been used as a predictor or crime especially cases of the robbery at the diverse areas irrespective of the racial or economic composition of the area. Lower divorce rates offered an indication of high informal and formal social control with the consequent lower cases of crime (Fagan & Churchill, 2012).

One case that has been cited is that of Wisconsin whereby the rate of juvenile incarceration was 12 times higher among the children from divorced families than rates of their counterparts from intact families. Further, boys who have experienced the divorce of their parents before the age of 10 have been found to be a major predictor of adolescent delinquency as well as adult criminality (Bernardi & Radl, 2014). The adults who come from divorced families with the emphasis on those from single father families indicated more antisocial as well as violent behavior compared to their counterparts in the biologically intact families.

The overall hypothesis is that the divorce diminishes children’s learning capacity and increased behavior. From the above assessment of literature, is evident that divorce is the core attribute accounting for the increased learning challenges as well as behavior difficulties among the children from these families. The stressors associated with divorce as separation, the conflict between parents, financial challenges and the loss of key relationships are among the issues that account for the increased behavior problems and the additional poor performance in schools (Jeremy, 2015). The stress that is associated with the diverse has been found to increase the challenges that these children face in associating with their peers and authority.

Poor school performance has been associated with the psychological challenges that these children face in dealing with the emergent issues at home. These issues could be due to financial challenges as the fact these children lose the integral relationships with one of the parents. Additionally, issues of readjustments especially where children are forced to keep on juggling from one family to the other or where the parent is remarried is additionally an issue established to be a stressor for the children (Fagan & Churchill, 2012).

The increase in the levels of crime has been associated with the complicated relationships that these children from divorced families encounter, about the fact that the family changes have a direct impact on their social cues. Issues as distrust and lack failing to recognize authority have been closely associated with divorce, and the assertion is that these are the core issues accounting for juvenile delinquency. Children from the divorced families, other than facing the new challenges that result from the apparent changes are associated lower formal and informal controls (Fagan & Churchill, 2012). It is this decline in the control of these children that has been found to increase the cases of delinquency among these children compared to their counterparts in intact families.

What Are The Ways To Divorce In Fort Worth?

Divorce not only creates difficulty but also takes psychological tolling process on both the parties involved. There is not only one way to...

Divorce Problem Statement Divorce in families can get explained as the termination of marriage for reasons that vary with the wedding. Many...

Janet Peter
How to file for divorce online