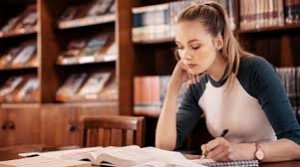 A 24-year-old white man has a diagnosis of hemophilia at the age of about 5 to 6 years. He has recently visited the hematology clinic for the follow-up after hospitalization for an accidental knife cut that caused excessive bleeding. The patient has a history of excessive bleeding from tooth extraction, excessive bruising since childhood and the upper gastrointestinal bleeding in the past three years. He has reported chronic pain of his joints and ankles and denied hemarthroses. The patient has given reports about the episodes of excessive bleeding treatment by use of factor VIII and fresh frozen plasma (Remor, 2013).

The patient has the FVIII deficiency (hemophilia A) which is a common type of hemophilia that affects about 5, 000 males at births. The disease approximately affects about 25, 000 people in the United States. Individuals with hemophilia suffer from deficiencies in clotting factor. The mild hemophilia bleedings problems do mainly occur after surgery, trauma and injury. The condition can accompany some symptoms. Almost 25% of the population with hemophilia has the mild deficiency. Those with moderate hemophilia experience bleeding episodes after minor injuries and may lead to spontaneous episodes of bleeding. The server hemophilia happens after trauma, injury and surgery. It has the spontaneous bleeding into muscles and joints characteristics. Recurrent bleeding of the joints also known as hemarthrosis causes hemophilic arthropathy that causes disability at a very young age (Department of Genetics 2015).

Hemophilia is a disease happening as a result of gene mutation, and it is a genetic disease. About 70% of hemophilia cases are inheritable from parents. However, the other 30% of patients do not have the family history. In such cases, the main cause of the condition is by a spontaneous gene mutation during the fertilization stage. Hemophilia is also a condition that is linked to sex since the FIX and FVIII geneses are found on the X chromosome. It is the chromosome X that determines the gender of the baby. Thus, the condition’s clinical manifestation has a link to sex. Therefore, females may not express the bleeding symptom like the males (McPhee, & Hammer, 2012).

The main source of factor VIII (FVIII) production is thought to be from the reticuloendothelial and the liver system. Transplantation of the liver can correct FVIII deficiency to persons with hemophilia. It is because of the increasing cases of individuals with mild hemophilia having progressive liver diseases. Thus, it is an indication that the liver is the main site for FVIII synthesis (Cayir, Yavuzer, and Sayli, 2014).

The RNA messenger for FVIII is also detectable in spleen and liver among other issues. Studies indicate that the production of FVIII in cells lines that are transferable show that after synthesis the FVIII shifts to the endoplasmic reticulum lumen. It is then within other protection that functions in regulating secretion. It particularly regulates the immunoglobulin binding protein in which it has to dissociate in a process that depends on energy. The FVIII's signal peptide cleavage, as well as oligosaccharides, also takes place in the endoplasmic reticulum. The calnexin, chaperone proteins, and calreticulin, enhance both FVIII degradation and secretion. Regarding genes, the location of the FVIII (F8C) is at the X chromosome arm at Xq28 region. This gene becomes large comprising of 25 intones and 26 exons. A mature FVIII will have about 2332 amino acids. FVIII deficiency is as a result of gene inversion that causes disrupt to the FVIII gene. The disruptions are insertions, point mutations, and deletions. The low levels of FVIII happen as results of external FVIII gene defects (Huether, &McCance, 2012).

Department of Genetics.(2015) The experience of Preimplantation Genetic Diagnosis for Hemophilia at the University Hospital Virgen Del Rocío in Spain: Technical and Clinical Overview.

Sherry Roberts is the author of this paper. A senior editor at MeldaResearch.Com in cheap term papers if you need a similar paper you can place your order from top research paper writing companies.

A bleeding disorder is a state in which the normal clotting function of blood is adversely affected. On an injury to the body, blood...

Trauma is a leading cause of death after the traumatic injury, over 35% of pre-hospital death is caused by severe bleeding. According to...

Trauma is a leading cause of death after the traumatic injury, over 35% of pre-hospital death is caused by severe bleeding. According to...