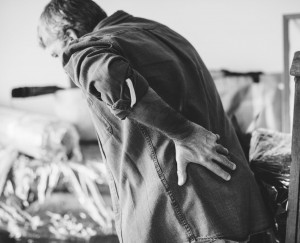 Fibromyalgia is a chronic syndrome, predominantly affecting women that cause mental distress and bodily pain. It is a complex disorder that’s often misunderstood and misdiagnosed. Fibromyalgia is associated with widespread pain in the bones and muscles, general fatigue, and areas of tenderness (tenderness to the touch). While there isn’t a clear known cause, Fibromyalgia can increase your risk of depression, which roots from a struggle in gaining acceptance for the aching symptoms.

Fibromyalgia can affect people of all ages including children and is much more than pain, as it presents with several other symptoms that differ from person to person. In other words, Fibromyalgia symptoms can vary in intensity.

What are the first signs of fibromyalgia?

There is no correct answer to this question because fibromyalgia symptoms are different for every single person. Although there are certain similarities, different people will start noticing the first signs in several different ways.

For starters, the first signs will depend on how fibromyalgia exhibits in your body and how you take care of yourself. Hence, there are several factors that don’t allow offering a proper answer to this question.

However, there is one symptom that’s pretty much common to every individual – PAIN. Although the pain associated with fibromyalgia is focused in different parts of the body, it is really the only thing that individuals with this condition seem to have in common.

The pain itself is unbearable, and when other symptoms start to act up, it can severely affect the sufferer both mentally and physically. Pain is the only thing that’s involved in the early stages of the condition.

With that being said, the typical first signs of fibromyalgia may include:

The early signs of fibromyalgia can be reduced using Pain Management and Therapy.

The mentioned early signs of fibromyalgia can also happen with increased stress and lack of rest, so you want to make sure that you get enough rest and sleep. For some people, even some basic motions can bring about immense pain.

Fibro fog or fibro haze is one of the first signs of fibromyalgia. It is also referred to as ‘brain drain’ that leaves the affected confused and in pain. They will suffer from memory loss and will have a hard time remembering things like certain words, the name of someone they know, etc.

Paresthesia is another common early sign of fibromyalgia. It is an unexplained feeling of numbness and shivering that is typically associated with anxiety and tension.

With a lot of early signs of fibromyalgia caused due to stress and anxiety, it is safe to say that these two factors are also the first signs of this complex syndrome.

Individuals may also experience excessive sweating, which is often misunderstood as a fever.

As mentioned earlier, fibromyalgia early signs and symptoms are different for everyone. It means that when it comes to treatment, different individuals will require different approaches.

If the condition persists, it may often co-exist with other severe disorders like:

How does a person get fibromyalgia?

While there are no solid proofs of how and what causes fibromyalgia, according to some health experts, it is a problem with how an individual’s spinal cord and brain processes the pain signals from his/her nerves. Fibromyalgia most likely involves a whole host of factors working together.

The following aspects suggest you are more likely to get it if:

There are other factors that may cause fibromyalgia:

In most cases, patients who have fibromyalgia have a family history. It means the syndrome tends to run in families. According to the experts, there may be specific genetic mutations that make an individual vulnerable to experiencing fibromyalgia.

Experts say that the signs of fibromyalgia can sometimes be due to psychological stress or by a physical trauma like an accident.

There are certain ailments that can aggravate or trigger fibromyalgia.

How do you feel when you have fibromyalgia?

As per the researchers and health experts, the brain functionality of people with fibromyalgia change due to repeated nerve stimulation. There is an increased level of certain chemicals in the brain responsible for signaling pain. These chemicals tend to develop a memory of pain that become sensitive over time. This means people suffering from fibromyalgia may overreact to pain signals.

I am a blogger and I love to write. Writing exists in my soul. I write in almost all types of niches. I am passionate about writing.

@ Fibromyalgia disorder is characterized by musculoskeletal pain along with characteristics of fatigue, sleep disorders, memory and mood...

@ Fibromyalgia disorder is characterized by musculoskeletal pain along with characteristics of fatigue, sleep disorders, memory and mood...

Fibromyalgia disorder is characterized by musculoskeletal pain along with characteristics of fatigue, sleep disorders, memory and mood...