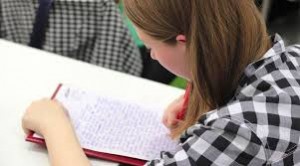 According to Creswell (2014), the conceptual framework does create a logical chain of evidence through which the researcher does test and verify conclusions. The conceptual framework is usually developed so as to generate a comprehensive understanding of the applicability of employee involvement in project management. Involvement in decision-making is the independent variable while the goal achievement is the dependent variable.

The identified conceptual framework for this study is based on Goal Setting Theory. The goal setting theory normally assumes that a direct relationship does exist between the definition of the measurable and specific goals and the performance. The researcher, Edwin Locke primarily developed the theory when he started the goal setting research in 1960s (Locke & Latham 1979). Goal setting theory does involve the process of establishing levels of performance so as to obtain the desired outcomes. Based on the theory, it purport that the source of motivation involves the desire and the intention to reach a particular goal. According to Armstrong (2013), when managers know what they aim at achieving, they are motivated to put more effort that increases performance. The goal setting theory was advanced by Armstrong (2013), who emphasize on goal setting and encouragement of decision rights as the basis for employee performance. When the management allows the employees to get involved in decision-making on matters concerning them and the organization, it tends to increase the employee’s commitment. Employee involvement in decision-making wins the commitment of employees and when the management can win the employee’s commitment; it does increase job satisfaction and motivate employees to work hard.

Taking responsibility for the results requires that the members of the organization receive a chance to influence their results favorably and have freedom of taking action. Based on the theory, the decision rights tend to allow greater involvement of employees in deciding issues that do affect their work Armstrong (2013), He argues that employees are likely to meet their performance goals when they are empowered with authority to make decisions and also solve problems that relate to the results that they are accountable. The goals of an organization represent a shared responsibility among all its employees each of whom has a role in the success of the organization. The contribution of the employees tends to be a starting point for enumerating the results of which they are accountable. Thus, the goal setting theory is used in developing the study’s conceptual framework.

The employee can contribute significantly towards achieving the objectives and the goals of the organization. Hence, it is essential that the organization should have knowledge of the various factors that affect the behavior of their staff so as to bring out the best in these employees. Because of this, the researcher selects the goal setting theory as the conceptual framework for the study. The goal setting theory tends to be one of the most practical and influential theories of motivation. Several studies have been conducted to support the theory, and there tends to be a strong support that is setting goals related to performance improvement. The aim of the study is to examine how employee involvement in decision-making predicts goal achievement. Locke suggests that goals normally tell an employee what they need to do and how much effort should be expended (Latham, 2004). The theory does suggest that specific goals tend to increase performance and that the difficult goals when they are accepted do lead to higher performance.

According to Latham & Locke (2006), the employee involvement in decision-making does include the process that results in some degree of transfer of then decision control and the responsibility from the superior to his subordinates. The participation in the setting of the work goals tends to fall in this definition as employee’s determination of goals is the transfer of the decision control and the responsibilities from the superior to the subordinates. Locke et al. (2010) conclude that participation in goal setting leads to increased performance. Erez et al. (1985) conducted a study to investigate the impact that participation in goal setting has on goal acceptance and the performance of the American college students. The researchers hypothesized that the level of the goal acceptance would increase as participation increased and participation influence performance through influence on acceptance. The study by Erez et al. (1985) revealed that the participative and representative goal setting increased the individual goal acceptance and the goal acceptance contributed to the performance. Locke et al. (2010) state that the involvement of employees in decision-making may contribute to the development of an effective strategy for attaining the goals that in turn increase the self-efficacy of the participant that the goal is attainable.

An examination of the goal setting theory, purport that the participation of the employee in setting the goal makes the goals to be more acceptable and it also leads to more involvement. With regards to involvement in setting the goals, the employees need to ensure that they have the necessary skills, abilities, and knowledge for reaching the goals. When the employees do not have the necessary skills, setting the outcome goals, have indicated to result in a lower level of performance (Seijts & Latham, 2005). Seijts & Latham (2005) state that people are more likely to feel helpless when they do not have the ability to reach the goals and making it difficult to achieve the goals.

The involvement and engagement of employees are critical to an organization. When organization recognize the effort of the employees and allow them to participate in making decisions that affect them, they are motivated to ensure that they accomplish the goals that they have set and that means an increase in their engagement. Brown et al. (2011) argue that the employee involvement and engagement are key elements in high-performance workplaces. The strong commitment to the firm develops because the employee imparts values with the organization and employees. The involvement of employees that include participation in decision-making does have a positive relationship with the work attitude and employee engagement (Brown et al. 2011).

Carolyn Morgan is the author of this paper. A senior editor at MeldaResearch.Com in research paper writing services if you need a similar paper you can place your order from Top American Writing Services.

CPA-FINANCIAL, CPA Financial Accounting and Reporting is a very important exam that allows the experts to have authentic knowledge of...

Before going deep into NPD, let us revisit the definition of conceptual engineering design. According to Professor Barry O'Sullivan, Head of...

Shri Gopal
Are you Willing to Find out About Conceptual Art?

If you are willing to find out about the most controversial movement to have affected modern art then you have come to the right place...