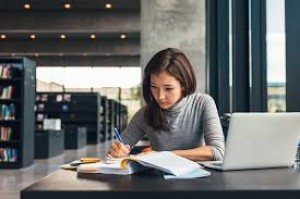 Myocardial infarction – also called heart attack is a kind of acute coronary syndrome whereby abrupt blockage of the coronary artery and resulting ischemia leads to damage of the surrounding heart muscle. During a myocardial infarction, the coronary artery is blocked by a blood clot that forms on an atherosclerotic plaque. The most vulnerable population by this problem is those with over 50 years of age, and the problem becomes more common as age increases. The young people are also affected, and myocardial infarction is more common with men as compared to women. The myocardial process is divided into two phases, an initial evolving phase, and a later convalescent phase. The evolving infarction phase (occurring in the first six hours) is related to occluded coronary artery, and in most cases, the victim experiences a thrombotic occlusion. "This first stage is responsive to treatment that restores oxygen supply to the heart or reduces oxygen demand by the heart. However, the coronary events that take place after the first six hours are unresponsive to such treatment" (Pepine, 1989). The myocardial mortality rate stands at 30 percent with half of the deaths occurring before arriving in hospitals (Steg et al., 2012). For this reason, it is crucial to devise an advocacy program that will help people to know how to detect the problem and how to manage it to reduce mortality rates effectively.

In general, according to the World Health Organization’s statistics (WHO, 2011), cardiovascular diseases are the leading cause of death worldwide, and the problem is growing. For that reason, who has come up with the Cardiac rehabilitation (CR) program to help in the outpatient chronic disease management as a secondary prevention of the cardiac arrest problems. The WHO has defined the CR program as a "sum of activities that are needful in influencing favorably the underlying cause of cardiac infarction and other heart diseases, and the best possible physical, social, and mental conditions so that through their efforts they can preserve or restore when lost, as normal, a position as possible in the community." The primary components of this program include the baseline patient assessment, exercise training, and physical; activity counseling.

Turk-Adawi and Grace (2015) have recently summarized the significant clinical benefits of the CR program. In high-income countries, CR has been shown to reduce the morbidity and mortality rates significantly by 25 percent. In the low and middle-income countries, this program participation is related to significant improvements in body mass index, quality of life, functional capacity, and blood pressure (Turk-Adawi & Grace, 2015). Unfortunately, CR is underdeveloped across the globe, the chief reason for this being the lack of service reimbursement.

Also, the American Heart Association has a network of community-based programs aimed at reducing the response times to cardiac emergencies through the improvement of access to automatic external defibrillators among the laypersons. They give people the knowledge of myocardial infarctions and responding to cases of cardiac arrest. These programs are aimed at ensuring that the mortality rates of myocardial infarction and other cardiac arrest problems are effectively reduced. They help the laypersons to understand what to do in case they experience such cases in their families or anywhere around them. The success of public-oriented defibrillation programs is partly dependent on the laypersons’ willingness to carry out first aids to the myocardial infarction patients; the American Heart Association established a community-based program known as Operation Heartbeat (Barnhart et al., 2005).

My Plan for a Health Advocacy Campaign

Advocacy refers to the act of supporting a cause or proposal. It entails the art of communication individually or through a group on behalf of others, with the aim of supporting a given idea of the cause. Healthcare advocacy is crucial as it shapes and implements crucial healthcare policies and practices. Effective advocates help the policy makers to clarify and simplify any complexities of problems surrounding a given idea or cause. The death toll of myocardial infarction, especially among the aged population in the US is alarming, and the available programs have not borne any fruits (Bassand et al., 2007). Thus, there is a need for an advocacy program that incorporates all the sectors and players in the healthcare and public platforms. In my program, I propose on how to incorporate all these sectors and players to ensure a successful MI program that will achieve its purpose.

In this program, I intend to involve the community, the religious groups, health care, and policy makers to reach as many people as possible. It will be aimed at helping the people to practice healthy lifestyles throughout their lives so that they can stay fit and less vulnerable to diseases. These will include exercises, proper eating habits, and maintaining clean environments.

I intend to write a proposal, then submit it to the Department of Health so that they get to know about the program, and perhaps give advice where necessary. I will ensure that this proposal contains everything that I intend to do and how I plan to execute my myocardial infarction plan. I will also request for an opportunity to present the proposal to them personally. During my presentation, I plan to use the appropriate techniques to convince the authorities on the benefit of implementing the program.

To facilitate the approval and support of the policy, I will involve the key stakeholders like those from the health department such as the American Heart Association. This association can also help in funding the program as it provides funds for more research into cardiac problems than any organization save for the federal government.

The other people who will be engaged in increasing the success of this advocacy program are the religious and community leaders. These leaders interact with so many people in the affected population, and so they can help to pass the message to as many people as possible and convince the people to attend the awareness programs wherever they are being conducted. I will even take advantage of the meeting organized by these leaders or request them to arrange for meetings where I will give speeches regarding this program, especially its importance to the people.

This program may have limitations. For one, there may be a low response from the people at the beginning. I will ensure I use appropriate techniques that will convince the people to attend the awareness advocacy program as I also give them a chance to voice their views. There may also be a lack of adequate funding for the program, and the fact that it is intended to be given freely to the people there will be a need for funds. However, I plan to work with the necessary organizations and institutions and to use authorities that will easily solicit funds from the appropriate institutions and fund the program.

National Board of Health and Welfare (2015). Statistics on Myocardial Infarctions 2015.

Myocardial Ischemia Market by demand, product overview and forecast to 2023

Myocardial Ischemia Market Research Report - Global Forecast till 2023 is expected to register a CAGR of 6.00%and is anticipated to reach...

Supiya Ghuge
What will be the upcoming trends in Myocardial Infarction Market?