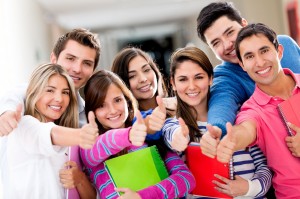 Nickel and Dimed by Barbara Ehrenreich

The book Nickel and Dimed tells a story of the writer Ehrenreich who undertook an undercover research. She worked as a low-wage worker so as to find out how the non-skilled workers meet their daily ends. She undertook the experiments in Minnesota, Maine and Florida as she searched and found jobs in these places and a place to lodge. She stayed in each location for more than a month and working full time. She lived off beyond the money she was earning from these low-wage jobs. Her aim for this research was to find whether or not she could manage to live using the money she earned. She aimed to if this amount was enough by the end of the month to sustain her on rent and food.

At Key West, Florida she finds a job at diner-style restaurants and rents a trailer nearby. The income from waiting tables was not enough to support her and for paying the rent. Ehrenreich then decides to take a second job as a hotel maid. She discovers that handling the two jobs were physically demanding for her. She writes, " working two jobs, I had known how the two physically demanding jobs for the same day. They were impossible at any acceptable standard or performances (Ehrenreich, 280)." She then had to work in Portland, Maine as a housekeeping residential service and as a dietary aide in a local nursing home. The housekeeping job was also physically demanding and low paying. She also noted the job to be degrading. After leaving Maine, Ehrenreich then goes to Minnesota. The state has a low apartment vacancy rate, and she was unable to secure an apartment. She gets hired as a set lines worker at Wal-Mart.she gets a hotel to stay but due to poor security, she moves to another better hotel. After working at the three places, she informs her fellow workers her goal of working there which is to write a book. She is, however, surprised, that she does not receive a dramatic response to her confession. The workers are busy with their low-wage situations and are hardly interested in her confessions and reasons for leaving.

This book by Ehrenreich provides us with insightful information into the conditions of the low-wage workers. The first thing that Ehrenreich discovers is that "there is no job even that considered to be truly unskilled will that will not require concentration. The jobs demand one to master new skills, new tools and new terms" (Ehrenreich, 281). Through this statement, she is telling us the lesson she learned from her research. I agree with her that working in minimum wage jobs can be very challenging in enabling one to meet his ends. I agree with her realization and call for these low-wage workers to have a pay rise.

She also notes that "even working in two jobs, I was unable to do two physically demanding jobs on the same day. Not at any acceptable performances or standards". Here she is admitting her mistakes and giving us her opinion in struggling with the two jobs. We can then imagine how difficult it is for the low-skilled workers to survive in providing for their families and dealing with the physical fatigue they experience on a daily basis. We also get to learn some of her friends she met during this jobs and her effort in making a difference in these people’s life. Ehrenreich meets Gail, who becomes her mentor in the first job. She has money problems, and this helps Ehrenreich understand that workers like her do not make enough money. The low wage workers live in difficult and poor conditions. Through Ehrenreich, we learn that even when we complain of the hard times from poor economy, the conditions are much worse for the low-wage workers. Thus, she persuades us to help the low-wage workers by increasing their salaries.

I find her research work to be scientific and research based. She mentions that her research procedure did not follow the strict standards of research because she broke her rules in living as a low-income worker and cheating. These could be some of the reasons that made the book not considered as heroic. It is an undercover adventure that fails to uncover the unknown facts of the low-class life for Americans. Most of her writing is describing the conditions of the various low-paying jobs and the pitiful conditions that workers experience. She also negatively states that working as a server is demining. She says, "Drift[ing] along like this, in some dreamy proletarian idyll (Ehrenreich, 283)." It might mean that working as a server is as though not living your life but rather skimming through the scummiest and lowest depths in the society. She makes it seem like working as a restaurant attendant is the worst thing in the world and am sure there are some people who enjoy this job. She writes all the aspects of being in a low-income job as a disgusting tragedy and grave injustice. I know of many families even with a single mother have managed to educate their children, feed them and cared for their medical needs by working as waitresses (Fredericks, 112). They are not ashamed of their work or feel as though others are looking down upon them as though their jobs suck.

Ehrenreich, Barbara (2002). Nickel and Dimed getting by not in America. New York: Owl Books.

Carolyn Morgan is the author of this paper. A senior editor at MeldaResearch.Com in legitimate essay writing service. If you need a similar paper you can place your order from research paper services.

What Is Labour Market Assessment Canada?

What is LMIA? Labour Market Impact Assessment or LMIA (in the past known as LMO or Labor Market Opinion) is a letter (sometimes called

Bharath Khan
What is the Effect of Raising or Reducing Minimum Wage?

The government specified statutes to maintain the lowest rate at which labor may be employed is addressed as minimum wage. The rate that is...

Timeless Issues
How To Write an Executive Summary

As the name indicates, to summarize the larger report. To summarize a longer plan or an investment and business proposal, to begin the...