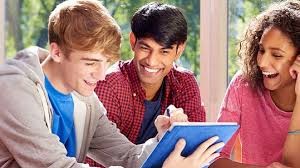 Keeping in mind the own selective reconstruction and appropriation of the Levi-Straussian legacy, Bourdieu makes pragmatic use in various structuralist tools for representing cultural materials. In addition to incorporating his own believe in the conception of the culture, he also objectifies and analyzes the constructed cultural fields as scientific objects. There is textual evidence in the earlier works of Bourdieu using the actor model. The model relates to cultural order objectification that does not fall under the structuralist in a methodological manner.

However, it can be viewed as a substantively structuralist approach. It is clear in the early papers on social elements in Bourdieu‘s work ‘Outline of a Sociological Theory of Art Perception’ (1968). We can still find the remnants of his theoretical position in his work Distinction though he starts to shift away from the structuralist model for the appropriation of culture in this 1968 paper. The model indicates that whenever the society changes and grows within social differentiation, some of its characteristics will include growing culture, complexity, and symbolic systems. The systems become anonymous in the struggle for the difference with other fields.

Bourdieu (1984) defines this distinction as the distinction between cultures[i]. Therefore, the capital of culture in some situations can have an immense value in perpetuating social hierarchies and differences. Through his study of the French society especially the education system impact. He notes that education ensures a rigid power in social inequalities permanence and political power distribution. Through his formula on [(habitus) × (capital)] + field = practices. Bourdieu designates not just the foundational basis of social practices but the analytical objectiveness that circumvent the subjectivism impasse versus objectivism[ii].

In the most recent works, Bourdieu eventually ends up rejecting the substantive basis of the model entirely. He introduces new concepts that are not just meant for logical consistency of his earlier work but evidence from his empirical studies. Based on this fact, he develops a social practices meta-theory. Swartz rightly asserts the theory saying that because all symbolic forms function as the general social distinction, the social science practice in itself is not an exempt from the social differentiation process. Therefore, Bourdieu rejects the ideals of the scientific positivism of the objectivity of value-neutral.

Bourdieu insists that socio analysis requires reflexivity, which is a rigorous and systematic self-critical practice of social science. By observing social scientists, we apply their standards of critical inquiry and also their observation objects. Bourdieu sees sociology as a means to free social scientists from symbolic struggle constraints in the field of science, and it calls for reactive turn upon the self[iii]. Thus, Bourdieu’s new approach is that a reflexive sociology while illuminating reasons and uncovering power sources can best explain social hierarchies and asymmetric. The reflexive sociology provides a better chance of producing real and factual knowledge in a given context. It therefore, results to be a powerful tool for enhancing social emancipation. Thus, this new theory by Bourdieu is mostly a political intervention of political practices experiences through social science[iv].

Bourdieu’s concepts of the game, filed, distinction and habitus are vital in understanding of class reproduction mainly in enplaning the self-making migrations of British immigrants. The migrants are a set of objective relations power that imposes unto them as they enter a new field. They can become individual agent’s intentions or even the direct interactions among other agents. Bourdieu says that our cultural preferences through social shaping and through our daily life practices we classify ourselves in accordance with these tastes. As consumers, we have choices through the very act of choosing. We give away our positioning within the whole society’s social structure[v].

The underlying model of social reproduction and lifestyles by Bourdieu indicate that objective conditions for existences combine with the social structure opposition responsible for habitus production, which is the structured, embodied and structuring structure. The habitus is responsible for generating classifiable practices that act as the basis of perception and schemes and taste or appreciation. The tastes subsequently form the symbolic signs of social status, distinction, and position. Thus, lifestyles are all about systematicity and unity of the habitus. Taste has the capacity and propensity to appropriate a given class or classifying practices or objects, subsequently forming a generative formula to lifestyle. Lifestyle is in the current British society. It is the unitary set of distinctive practices that express the same intention through a given logic of every symbolic sub-space the sub-spaces are things like clothing, furniture, bodily axis, and language. Every lifestyle symbol dimension symbolizes with the others[vi].

According to Bourdieu’s theory, the modern British society is characterized by the interrelationship of taste, habitus, and social location. These aspects produce a stable bodily lifestyles and orientations. On top of the social hierarchy is the royal class and at the bottom the working class comprising of foreign immigrants. These two classes comprise of people carrying out different activities. Though changes are not ruled out by this social order, for Bourdieu, there is a close match between human dispositions and social dispositions. The social differences undergo naturalization whereby it becomes a form of second nature for people to involve in different activities and them themselves choosing different lifestyles[vii].

Deeming (2014) "The Choice of Necessary: Class, tastes, and lifestyles: A Bourdieusain analysis in contemporary Britain"

Want to Draw like an expert? join Brahmaa college of fine arts

Adoro Sarath
A love of diamonds and gold: The market for luxury buying

For those with a lot of extra cash, spending £600,000 on a diamond encrusted Christmas tree is thought of as acceptable. And it doesn’t stop...

Natasha Christou
Diamonds and gold: an insight into the market of luxury buying

In the lives of the rich and famous, £600,000 for a diamond encrusted Christmas tree topper is seen as acceptable. And it doesn’t stop...