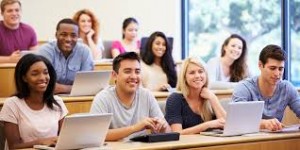 Fetish figures are wooden carvings representing either anthropomorphic or zoomorphic creations. The outer covering has different objects like nails or metal blades. The openings on the back or the belly have "curative" substances like grains, hairs, teeth, and fingernails. They also have fabric, feathers, and lumps of clay on the outer covering. They have either shiny objects or shells for closing the openings and also for marking the eyes (Bakongo, 2004).

Fetishes were protective figures used by a group of people, individuals, or families for different purposes. The most common uses were destroying and preventing the works of the evil spirits, preventing and curing illnesses, resisting the bad actions, sealing oaths, and contracts, and helping in the dissolution of a matter. The fetish figures were statutes in which only a diviner or a holy person would activate their effect in a certain situation. The diviners used magical substances in the activation processes. The fetish figures were effective in the many areas applied since people believed in them and thus became very powerful (Nail Fetish, 2009).

The fetish figures also had other purposes to the community. People used them in identifying and hunting down the evildoers such as thieves, and those who caused harm to the community through sicknesses. Such people were unknown to the common person, but the fetish would easily help them in the identification process. The figures also served the purpose of punishing people who did not follow their solemn oaths. Every oath made by two parties had to be respected, and none was to break the treaty (Bakongo, 2004).

In black Africa, magic is real but those who take part in it have diverse character. A witch doctor practices magic on an individual basis. Such a person communicates with evil spirits that make others fear and reject them. One accused of being a witch doctor or a sorcerer is not acceptable in the community since most of their actions tend to be evil. On the other hand, diviners also practice magic, but they are for the good of all the people. Diviners are very helpful to the community at the times of need and are the mediator between the powers of darkness and the people. Many people refer to diviners as healers. There are many attempts to cause an influence to the community about the supernatural powers through the use of the fetish figures in many regions around the source of River Congo. The case is the same for the people living in the east of Zaire among the BaSongye.

Examples of Art and Functions of the Objects with Magical Usage

Nail Fetish Sculpture of the Bakongo

It is a male fetish figure with nails covering the body. It has a wide mouth and broad teeth, one blinded eye, and with no arms. The name arises from the procedure used in making it such that users hammered nails into them. It has a brown patina called Nkondi, and the name nkondi comes from the verb-konda that means "to hunt". Thus, the fetish figure served the purpose of searching for and attacking the wrong-doers like the witches and other enemies.

The fetish figure has a fragmentary magic bundle attached to the torso and wears a fiber necklace with magic substance hanging from the neck. It served the purpose of solemnizing oaths and also for healing illnesses among the nkisi nkondi people in Kongo.

Carolyn Morgan is the author of this paper. A senior editor at Melda Research in nursing writing services if you need a similar paper you can place your order for a custom research paper from medicine essay writing.

Fetishes – what are they?

Sorts of fetishesA look outside the world of "common sex" reveals a whole new bunch of fetishes in Chicago. Fetishes can be labeled as a...

Chicago is one among the largest city IN USA with more than about 2.7 million people. Chicago is the center of culture and entertainment...

The paper that we ordinarily use at home and in the workplace is plant made and is produced using wood mash that is made by cutting trees...