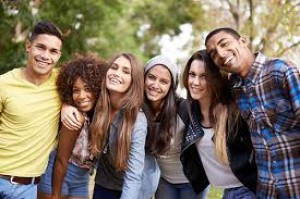 On Saturday April fourth, 2015, an Anaheim police shot dead an allegedly armed man as he was getting out of a Toyota Prius as he was stopped by the police in the orange city. The incident occurred on Saturday morning as the Anaheim police officer was looking for a woman who was wanted by police for arrest. The shot man, the wanted woman and another woman were passengers of the Toyota Prius that was followed by the police in the city of Orange. The police stopped the vehicle to question its occupants at about 8.30 in the morning near the junction of Glassell Street and Lincoln Avenue. The police officers from the Anaheim police department tracked the vehicle into the orange city from north Anaheim. The police officer shot the man as he was getting out of the vehicle and the wanted woman was arrested and taken into custody though the officers did not disclose what the woman was being arrested for. The other woman who was the driver of the vehicle during the incident was questioned and questioned and released according to the police.

The man who was at his 60s was pronounced dead at the scene. None of the three police officers was injured during the incident and there were no reports on whether the woman in the vehicle was injured or not. A woman by the Susie Guerrero, who works not far from the scene said that she saw three officers come out a police vehicle and heard about five to six gunshots. No police from the orange police department to part in the shooting, but the city of orange is investigating the occurrence since it happened in the city. The orange district attorney’s office is responsible for investigating the police officers who were involved in the shootings.

It was against the law and a violation of individual’s human rights for the police to kill the allegedly armed man. Even though the police allege that the man was armed, there is no evidence to indicate that the man attacked or had any intention of attacking the police. For one, it is not illegal for one to possess an arm and the fact that the man was armed; he didn’t deserve to be murdered. According to the evidence provided, the man did not show any kind of physical violence or any intention to use his harm to attack the police. Similarly, the man was not the suspect being followed by the police and there is no indication that he had a criminal record. The police could have used other means to disarm the man rather using the bullet to get rid of him. This action was against the purpose of the police to protect the citizens and it was also an act of cowardice. There should be a thorough investigation of the incident and the necessary actions to be taken against the police officer who executed the killing. This would deter the police who use excessive force towards suspects to refrain from this kind of practices.

Carolyn Morgan is the author of this paper. A senior editor at MeldaResearch.Com in write my nursing research paper services. If you need a similar paper you can place your order from essay already written services.

4 Types of Transportation Services In Anaheim

Anaheim is a family-friendly city located in Orange County. It is popular for its Disneyland setting and attracts thousands of visitors...

The admit cards for Rajasthan Police Constable has been released on the website of the state police department.The official notification...