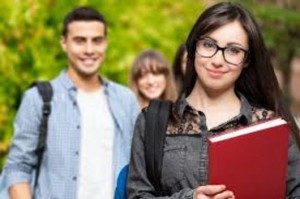 The prison's purpose is to keep the convicted wrongdoers from the society with the intention of correcting and punishing them. Presently, the rise of human rights activities tends to redefine life in prison. The activists claim that inmates also have rights and deserve good treatment as they are still receiving punishment for their wrongdoing. In this report, I will analyze a simulated case that involves Robert Donovan, who is the probation officer, Brennan Brooke, a senior criminologist, and Kris, the defendant under probation.

Looking at Kris’s file, when Kris was 13 years old, he had to undergo some probation as a result of battery. While he was serving his juvenile probation, he has another case of trespassing that led to his arrest and placed on probation. Kris was able to successful go through both the situations. Since then, Kris did not have any other criminal case, and the case that he is now facing is the adult conviction. When reviewing his case, Kris’s act of shoplifting a leather jacket did not involve a violent act. The judge considered sentencing him to one year in jail; however, he later suspended the sentence and gave him probation. In reviewing the report, the incident of shoplifting was the first since Kris was an adult. Kris admits to occasionally using drugs and drinking, but he is also ready to change his life that will include even getting married. Kris does have a positive relationship with his parents, and he does not have a history of mental problems. My view of Kris case and that of Robert match because I believe that Kris getting the probation was a correct thing to do. Kris wants to get his life in order and to be under probation will help him do that. Probation will allow Kris to avoid jail and also have the opportunity of making positive changes and be a productive member of the society (Howell, 2009).

Matching inmate to the correctional facility

Matching of an inmate to the correction facility is necessary for protection and reform of the inmate. Dependent on the severity of the crime, an inmate can also be put in solitary confinement in the prison. The idea of matching the inmate to the correctional facility is essential for ensuring proper placement. The reason the strategy is important is because the type of crime committed by an offender must depend on where they stay (Howell, 2009). A criminal who committed a non-violent act should not be among other violent offenders. Putting offenders in the appropriate correctional facilities helps in lowering security risks. For instance matching an inmate to a facility will ensure that an inmate who killed the brother of another inmate is not in the same prison as the family member of the victim.

The purpose of the American correctional system is to punish criminal offenders; however, it is not effective if, during the punishment, the inmate does not learn new life skills. The amenities and programs geared to making prison life effective aim at occupying the mind of the inmate so as to ensure that they do not have time of engaging in deviant behavior. The programs and amenities also focus on providing inmates with tools they require for becoming regular members of the society (Evans, 2012). The hiring of extra correctional officers tends to benefit everyone in the prison including the prison staff, correctional officer, and the inmates.

The amenities and programs in the prison system normally help inmates in getting treatment and returning to the society and also help people in the society. People in the society benefit in the fact that inmates will be able to return to the society with new skills that will help them make better decisions and becoming good citizens. Bringing counselors in the prison is a sign of tax-payers money well spend because counselors will be of help to inmates as they will teach them how to deal with challenges when they get out of prison. The programs designed to change the behavior and attitude of inmates will help inmates and also benefit the society in the long-run.

Want to make cheap prison calls? If yes, there are a sheer number of service providers ready to facilitate seekers with the same. These...

Introduction Before the 1960s, roles of correctional officers were custody-oriented. Personnel selection standards were low and in, many...

Janet Peter
The death penalty in the US

IntroductionPunishment in the criminal justice system refers to the response to crime that aims at restoring and protecting our rights...