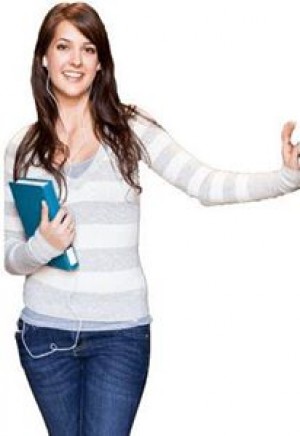 Patanjali Ayurved Ltd has turned out to be the fastest FMCG brand in India, with the success that the company has realized becoming a major issue among the competitors and other players in the Indian industry. The company is run by the popular yoga guru Bapa Ramdev and is involved in the moving of most of the fast moving products in India (Singh & Gopal, 2016). The company which was started as a small pharmacy in the year 1997 had managed to expand to more than 200 outlets by 2014 to the current more than 4000 franchise stores, having launched more than two dozens of mainstream FMCG products (Puri, Ajeya & Chugh, 2016). The company at present is manufacturing over 440 products that include 45 types of cosmetic products as well as 30 types of food products (Puri, Ajeya & Chugh, 2016). Further, Patanjali Ayurved Ltd has managed to extend their operations to selling a full range of consumer categories that range from edible oils, biscuits, and noodles to products as skin and hair products and toothpaste. Patanjali Ayurved Ltd annual turnover for the year 2014-15 rose to INR 2500 crores which translate to approximately $370 million compared to the previous turnover of INR 1200 which was $ 180 million for the year 2013-14 (Puri, Ajeya & Chugh, 2016).

1. Reasons behind the meteoric rise of Patanjali Ayurved Ltd (PAL)

The evaluation of the growth that has been witnessed by PAL has been described as meteoric, an issue that has been a major challenge to the companies that have been dominating the Indian industry for decades. This meteoric rise of PAL has been a result of an assortment of factors, with some of these factors encompassing the growing customer demands for their products, their interdiction of new product categories as well as their refined retail and distribution network (Rawal, 2016). It is this analysis of the company that leads us to the exemplification of the core issues that have led to this rise by PAL.

One of these attributes is the element of immense media attention that the company has managed to amass over time. Ramdev managed to rise to national fame for being a yoga guru via his programs on the different TV channels. He acknowledges that while he has contributed to the success, PAL has enjoyed, the attention from the media has contributed to an approximate 90% of the success (Kumar, Jain, Rahman, & Jain, 2014). The assertion is supported by the fact that the company started as a humble pharmacy firm in an industry that was dominated by other established players as Unilever (Mehrotra et al., 2017). It is through the media attention that PAL managed to make inroads into the expansive Indian market and consequently introduce its products to the consumers thus enhancing their sales.

The smart pricing component is the additional attribute that has contributed to the success that has been enjoyed by PAL. The thrift of the practices that are undertaken by PAL has been core to the success of their operations, with the assertion by the company being that their profit margins are minuscule since their main objective is not in making profits. Profiting from their clients is against their profits, with the core attribute being in making the least profits (Raizada, 2016). The fact they get their products directly from the farmers has allowed PAL to get the raw material at low costs since they do not interact with intermediaries. Through this attribute, PAL has managed to maintain their products at low costs, which has only served to endear them to the clients, who buy their products in droves.

Their emphasis on the retail outlets has enhanced their success with the case being that in their initial operations, they had sought to shun the conventional distribution, instead relying on their super distribution channels. It, however, follows that once they started using the retail outlets from the year 2011, they managed to ensure that their revenues multiply manifold (Raizada, 2016).

Their focus on ensuring that they provide a wide assortment of products to their clients has further enhanced their success, with some of these products as toothpaste and desi ghee making significant inroads in the Indian market. The additional focus on producing most of the products that are being produced by the foreign companies will further serve to offer the Indian market with an alternative and at the same time enhancing the success enjoyed by the company (Jaggi & Ghosh, 2017).

The focus that PAL has had in ensuring that they have one product that serves as their core profitability component has served to their advantage. It is clear that PAL’s most selling product is heir the ghee they made from cow’s milk. Looking at the market reports, it is clear that one thereof the company’s sales come from the product (Gupta, 2016). Through the sale of their quality product, PAL has managed to use it as a core basis of introducing its products to the customers as the success enjoyed by the product has had a positive impact on the other products sold by the company.

PAL’s increased advertising with their ads being seen in the general TV entertainment channels as Zee and Star has only served to increase the familiarity with of their products and consequently to advance their success.

2. Ways through which Patanjali can sustain its growth

Through the evaluation of the case, it is clear that PAL still has opportunities it can exploit to ensure they sustain their growth. One of these opportunities is the need for Bapa Ramdev to emphasize on the quality of their Indian brands as an option for the Indian consumer to rid themselves of the continued reliance on the foreign brands (Mehrotra et al., 2017). Emphasizing on the fact that the continued consumption of their brands will serve as a way of promoting their homemade inventions and at the same time improving their economy is one of the ideal ways that they can use in swaying their Indian consumers in their direction.

Consistent advertising of their products, with the emphasis being on the quality as well as purity, will serve to remove the doubt that could be found in some of the consumers. Through the integration of effective communication of the special qualities of their products as well as the consequent low price, PAL will manage to maintain their growth as they will manage to attract more customers (Gupta, 2016). Through these strategies, PAL will be able to place itself as a cheaper alternative compared to the other FCMG companies in the Indian market.

The additional strategy that PAL should adopt as they seek to sustain their growth is by increasing the number of products they are exporting to other countries. It is imperative that the company promotes the export of their healthy products such cosmetics and honey to regions as Africa, USA, Canada, UK and the Arab regions (Jaggi & Ghosh, 2017). Further, increasing products offering to include such products as clothing and household as well as gardening equipment will serve as a significant booster to their present revenue.

Enhancing their corporate social responsibility interventions in the regions through the introduction of such initiatives as community health care centers where people can access health care at low costs and empowerment programs in poor neighborhoods will serve to advance the acceptance in the region (Raizada, 2016). Further, their strategies meant to improve the quality of life these people will create an empowered and healthy society that is loyal to them, creating a powerful pool of brand ambassadors as well as customers.

PAL needs to increase their investment in research and development as a way of boosting the quality of products they offer in the region and at the same time increasing their competitiveness against the established multinationals in the region (Jaggi & Ghosh, 2017). Through the increased investment in research and development, PAL will be able to enhance the quality of its products and at the same time realizing innovative solutions to the challenges faced by the people in the region, thus promoting their competitiveness and success.

Making strategic alliances should further be a strategy that PAL adopts to advance their competitive edge in the region. These strategic alliances should be directed at ensuring that PAL attracts private equity funds that will provide the capital needed to enhance their research and development concerns in addition to meeting their expansion needs (Jaggi & Ghosh, 2017). PAL should additionally seek partnerships with distribution agencies in the potential markets to ensure they can penetrate international markets with minimal resistance.

Increasing their marketing and sales strategies to entail the contemporary online advertising and selling will additionally increase the company’s growth potential. Considering that huge section of the Indian economy is privy to the contemporary technologies, increasing the online presence will only serve to increase PAL’s access to the market (Raizada, 2016). They will have an opportunity to market their products to customers in different parts of the world, an attribute that will further enhance their growth potential.

3. How can multinational corporations (MNCs-foreign companies operating in India) successfully compete with Patanjali in future?

Through the evaluation of the case study, it has become apparent that the MNCs that operate in India are facing a major challenge when it comes to operating in India due to the challenge that has been imposed following the emergence of PAL as a major contender in the regions. As such, it becomes imperative that these MNCs evaluate the strategies they can use in dealing with PAL. Some of these strategies include:

Aone Traders
How to get Indian Visa?