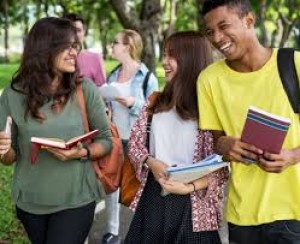 Addiction is considered as a chronic and relapsing disease that impacts brain functioning and behavior, but it's treatable. Research has shown that about half of the people with an eating disorder are also in drug abuse (Fuchs, Geronooz, Cleinge & Mezzena, 2013). The co-occurrence of the two types of disorders affects both males and females, and they are correlated with higher than expected rates of death for both medical complications and suicide. Physically, a person with an eating disorder and another with an addiction might seem different. One is oriented to image and the other to the sensation. However, with a deep analysis, it’s easy to realize how the two issues share common roots and how they cause similar sort of problems.

Substance abuse and eating disorders are largely influenced by genetic, biological, environmental, and psychological factors. Scientists have established that genetics plays a major role in enhancing the vulnerability to addiction due to the effects of environment on gene expression and functioning. There are several shared neurotransmitters thought to be involved in eating and substance use disorders. Many people have both problems at the same time due to the risk factors shared by the two conditions. The two problems are observed to be linked to a history of trauma in the form of sexual assault, emotional abuse, death of a loved one, and sudden life changes that make people use eating disorders and substance use as temporary relief from them (DiLeone, Taylor & Picciotto, 2012).

The direction of onset of the two problems is not clear, but it is important to state that substance abuse can develop before, during, or after the treatment of an eating disorder. For some individuals, substance abuse may suppress appetite thereby leading to severe weight loss that triggers the start of an eating disorder. For others, eating disorders and substance abuse are the solace for the avoidance of coping behavior. The strategies are ineffective and counterproductive since emotions remain unattended to, problems are left the same, and coping strategies are not developed (DiLeone, Taylor & Picciotto, 2012).

Eating disorders cause both physical and mental pain and are not the best conditions that one would like to have. Experts do not provide clear reasons as to why people struggling with eating disorders develop them despite other people eating normally for a lifetime. People with eating disorders have perfectionist thoughts and resist the idea that their bodies can be associated to imperfection. Such people also blame themselves for not achieving the results they desired. The thoughts can also affect other aspects of their lives such as relationships, work, and school. On its part, drug abuse may suppress appetite and signals of hunger. Drug abuse is also linked with anxiety and weight loss especially through restrictive diet (Fuchs, Geronooz, Cleinge & Mezzena, 2013).

Early intervention in eating disorders and substance use is essential and should be conducted by an eating disorder specialist with skills in assessing substance abuse and dependence. People with eating disorders can get better with the right kind of assistance that involves learning the importance of good nutrition. The disorder can also be addressed by eating in a more reasonable manner other than what the individual is used to. People with an addiction to a particular eating disorder find it difficult to heal normally. Those with an addiction to drugs and cravings for drugs make their brain cells not to function well without it.

Affected persons should understand that both disorders are treatable leading to recovery (Fuchs, Geronooz, Cleinge & Mezzena, 2013). Individuals are assisted through intensive treatment plans and taught how to control their eating and addiction. Some drugs can help to do away with a sense of control and willpower and individuals might find themselves getting back to disordered eating after drugs relapse. Thus, it is necessary to undergo co-occurring therapies for the affected persons with eating disorders to be treated for addiction as well.

Sleep movement disorders are the disorders disrupting during sleep and generally have undesirable verbal or physical behaviors which...