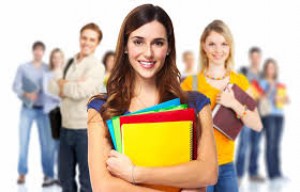 In 1982, Johnson & Johnson developed a brand Tylenol medication that commanded 35% of the US over the counter analgesic market, and it represented about 15% of the company’s profits. However, Tylenol leading painkiller was tempered with cyanide, and seven people died in the US as a result of that. It was claimed that an unknown suspect put 65-milligram cyanide to Tylenol capsule and the tampering happened when the product reached the shelves (Rehak, 2002). As a result, people panicked about how widespread the contamination could be, and by the end of the period, everyone knew that Tylenol was associated with that scare. Because of this incident, it resulted in a fall in the market value by $1 billion.

After the company learned of what was happening, it ordered that the product is recalled back from every outlet. The company also decided that the product would not be re-established on shelves until they did something so that to offer better product protection. Facing the incident that the company encountered, Johnson & Johnson decided to develop a tamperproof packaging that would make it hard for a similar incident to happen in the future.

The cost for the company was very high; however, the company managed to react to the incident as fast as possible. Within just five months of the incident, the company recovered 70% of its market share for the drug (Rehak, 2002). The company handled the crisis in the right manner and won praise for its appropriate and quick action. Johnson & Johnson acted quickly to the crisis that enabled the company to achieve success. They sought to ensure that there were measures in place to prevent a recurrence of the problem and also showed to be prepared to bear the short-term cost regarding consumer safety.

Jerry Sandusky, a former Penn State defensive coordinator, was found guilty of sexual abuse, and he was convicted of 45 out of 48 counts. Jerry was accused of sexually abusing ten boys over a period of 15 years. It was alleged that over a decade, Jerry was alleged to have sexually assaulted minors with some incidents happening on the main campus (Burton, 2011). There were several members of the University administration that were aware of the complaints, but they failed to notify the law enforcement after learning about what was happening. Hence, the officials allowed the long and disturbing habit to continue. With Penn State, even after the news of the scandal broke, they continued to drop the ball when they were dealing with the case in the court of public opinion. The school handling of the incident was a failure and more importantly, the fact that they allowed it to continue happening even after being aware of the scandal. The officials in the university tried to deny, duck, and distract because they were so determined to look away from the crime and also protect their fizz of self-regard (Burton, 2011). After the school learned of what was happening with one of its members, it should have taken an immediate step in looking at the incident, but the university’s decision to ignore the allegations was a poor approach to dealing with a crisis.

The way that Johnson and Johnson dealt with the crisis was excellent, and that lead to successful management of the situation. When the connection was made regarding the Tylenol capsules and the deaths that happened, the company made a public announcement as a warning to people about the consumption of the product. The company dealt with the issue in the best way without having to destroy its reputation. While Johnson & Johnson knew that it was not responsible for the product tampering, it decided to take full responsibility by ensuring there was public safety first and recalled all their capsules from the market (Burton, 2011). The company correctly handled the case than resulted t successful management of the situation.

After Penn State officials learned of the reports of sexual assault by Jerry, they failed to comment on the incident. Months went by without any official commenting from Penn State. They waited until Jerry was officially charged with over 40 counts of sexual abuse against minors. Penn state was unprepared to address the charges, and that contributed to their failure in crisis management. The people in charge of public relations for Penn State would have done a lot of things differently. First of all, Penn State did cancel the press conference with Joe Paterno, and that was a major problem when dealing with the incident. People got mad because it was canceled and the school should not have done that. It was important that they create a platform to respond to any questions that the public had so that to clear the air on the matter. Cancelling the press conference resulted in people assuming that Paterno was guilty. The alternative solution was allowing Paterno to speak. If Paterno were allowed to release a press conference and discuss the scandal and also show sympathy for the victims, the negative buzz regarding the university would not have been that severe. If Paterno spoke immediately after the crisis broke, the opinions of Paterno and Penn State in the eyes of the public and the media would be completely different.

Penn State also took long to respond to the scandal. As a PR expert, it is important to assess the situation, determine the magnitude, and then start addressing the issue. Penn State took a long time to respond, and when they responded, they did everything wrong. An alternative to dealing with the situation was by releasing a statement saying that they are in support of the alleged victims (Bernstein & Bonafede 2011). That would be a good alternative to the solution rather than the statement the University President, Graham Spanier, provided claim that both Shultz and Curley had unconditional support from the school. Graham should have offered a statement of his sincere support to victims. Something else is that Penn State knew about the scandal even before it comes out in public. Therefore, they had a lot of time to avoid the crisis. Something that they should have done is coming up with a smart crisis management strategy so that to avoid the inevitable media outburst.

From the two cases involving Penn State and Johnson & Johnson, they demonstrate examples of good and poor communication during a crisis. Johnson & Johnson made all the right decisions during the incident while Penn State made all the wrong PR mistakes. A crisis tends to be a major event, and it has the potential of negatively impacting an organization, its services, products, and also the reputation. All organizations are usually susceptible to a crisis, and when it occurs, it disrupts the operations of the organization. Hence, it is necessary to make crisis communications and plans because when a crisis happens, crisis communication is the dialogue between the firm and the public.

From what I have learned when completing this assignment, communication is very important during a crisis. It is vital to have a crisis communication plan which involves crafting a targeted message to respond to an issue in the public eye with the goal of alleviating the public turmoil and also rebuilding public trust (Bernstein & Bonafede 2011). Today, the public does hold institutions and companies accountable to be trustworthy and genuine. During a crisis, communication regarding coverage by the media does help shape the opinion of the public and determine how the communities think, act, and feel about the reputation, actions, and values of the organization. When the organizations are dealing with the crisis, they have to ensure that the spokesperson should be sincere when they are conveying the organization's response and should not defer to facts in the attempt to defending actions that cause the crisis. When communicating about the incident, it is vital to appeal to the emotions of the public. Another important factor to consider when responding to the crisis is highlighting the actions that the organization is taking so that to ensure that the mistake does not happen again. A very important lesson I learned is that failure to communicate during a crisis is an admission of guilt. When in a crisis, the organization should never remain silent but pick that opportunity to speak to the public.

Rehak, J (2002). Tylenol made a hero of Johnson & Johnson: The recall that started them all. The New York Times

Carolyn Morgan is the author of this paper. A senior editor at Melda Research in

Despite the continuous focus on digitalization, there is a surge in demand for paper which is expected to grow in the near future owing to a...