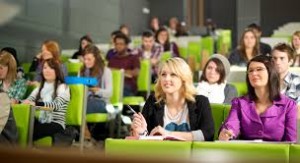 In this article, there was no clear definition of the research questions or hypothesis as required by a true scientific study. The research design was experimental. During the time of stay in the ICU, the daily records of the patients were kept to ascertain the procedures, treatments, nutrition provided, and the findings of the laboratory analyses. The information on crucial status at 90 days was also obtained from the national death registries, general practitioners’ networks, and the hospital information systems. The analysis was done using the statistical package for social sciences (SPSS). Variables were summarized as percentages and frequencies, medians, interquartile ranges, means, and standard errors. Univariable comparisons were also made using chi-square test and the Wilcoxon rank-sum test. Also, the time-to-event impact size was approximated using Cox proportional-hazards analysis with the data censored at 91 days.

Based on the results of this experiment, withholding parenteral nutrition for a week in the ICU is clinically better than providing early nutrition. The study used scholarly and peer-reviewed references many of which came from the healthcare field. Thus, the study can be said to be reliable and valid. The researchers also used a very large number of participants and are a quantitative study; this number was vital in making a good representation of the population. Also, based on the fact that this study was multicenter, the study can pass the test of external validity. It means it can be generalized to other populations elsewhere since if there can be any differences, they will be minimal. The study can be used in the healthcare to advise the mothers of newborns on how to start of parenteral nutrition for their infants.

Carolyn Morgan is the author of this paper. A senior editor at Melda Research in superior writing services. if you need a similar paper you can place your order for a custom research paper from best custom writing services.

Manufacturers of parenteral packaging products are moving away from the ‘drugs for container’ concept and are focusing on providing...

The global Parenteral Nutrition Market is expanding at a rapid pace due to high prevalence and increase in incidence rate of chronic...

The global Parenteral Nutrition Market is expanding at a rapid pace due to high prevalence and increase in incidence rate of chronic...