Why I Love Being A Locksmith In Glasgow 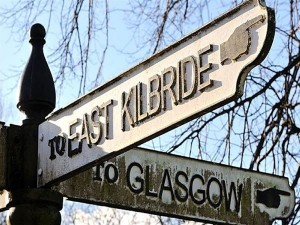 I'm a local locksmith in Glasgow and as such I get to travel right around the city in my van helping homeowners who are locked out, have broken keys or locks or have lost their keys. As a locksmith I have to attend to many types of problems but I always get annoyed when I see a burglary which has forced homeowners to get new locks and seeing the impact it has on people is not nice. Thankfully there are good parts to the job too like seeing lots of different people and visiting lots of different areas. My mobile van is fully stocked and ready for any emergency that comes along.

As I travel around I cover a lot of miles in my van and I see many interesting places in Glasgow and Lanarkshire. Most locations I go to are within 30 mins drive and in an emergency you don’t want to wait any longer than that. Especially if the weather is freezing and wet and you are locked out of your property. You also want the job fixed first time too so that you can get back to normal. That is what we promise and deliver. Here are some of my favourite towns that I visit often on my travels as a locksmith:

This was designated Scotland’s first new town in 1947 and has since grown substantially. It has a lot going for it and has good transport links including lots of roundabouts which it is famous for.

Cumbernauld is another new town that was developed in 1955 and also grew until it has become one of the most populous locations in Scotland. It is in the Central Belt and has good transport links to all the major motorways. I like it because it is easy to navigate.

Bellshill is just 10 miles south of Glasgow city and was a mining town in the past. It has some notable Scots amongst its former residents such as Sheena Easton and Ally McCoist.

Motherwell is in the heart of Lanarkshire and has great transport links. It was a huge steel producing site in the 70’s and 80’s but that then collapsed. However, Motherwell reinvented itself and has now got a good employment rate and is a great place to live and work. It has grown in stature and desirability since the steel days.

Of course there are lots of other places I’m fond of but these towns have struck a chord with me.

Glasgow is a great city to visit and if you are relocating from another part of the UK then there are lots of towns with easy access to Glasgow which offer great transport links, are affordable and have a lot of community spirit. I’m from Cambuslang which is one of these towns and it is ideal for accessing everything that Glasgow has to offer as well as being away from all the hustle and bustle.

Urgent situation locksmiths are acknowledged for supplying fast solutions. An entire selection of issues are resolved by means of emergency...

Locksmith in Nashville TN is the professionals and they are experienced in more decades in this business that can handle any type of locks...

Nashville Locksmith
Tips to Become A Professional Locksmith in Dubai

The profession of a smith is not taken quite seriously people all over the world. The demand for the locksmith in urban areas of United Arab...