Important Reasons Why Abs Technology Has Thrived In The Automobile Industry 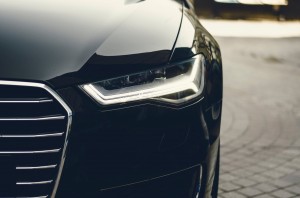 Anti-Lock Braking System (ABS) is a safety braking mechanism that prevents tires from skidding while applying brakes. This is a widely used safety standard in both aircraft and land vehicles. As the name suggests, the mechanism maintains proper contact between the tire and the surface by avoiding locking up the wheels while braking. This is an automated system that uses cadence braking and threshold braking as primary operating principles.

Before ABS, drivers had to skillfully avoid the tires from locking and maintain their control on the vehicle speed and movement. In comparison, ABS is fast and automatic and it takes care of the breaking process even before the driver would know. The mechanism has evolved with time and it has become even more sophisticated and powerful. Modern ABS can take care of the front and rear bias. Since ABS has become a necessity in recent times, it has become a factory-installed product in the majority of cars, buses, and motorbikes.

ABS itself has become a huge market segment that majorly caters to the automotive segment in several global regions. The ABS market size is huge as the industry is witnessing a high global demand increasing at a Compound Annual Growth Rate (CAGR) of 2.4 percent which is expected to sustain till 2022. The market is also expected to attain a global value of $23 billion by 2021 due to significant growth in the automotive, appliances, and the electronics industry. The automobile industry is growing at a CAGR of 5-6 percent whereas electronics and consumer appliance industries are growing individually at a CAGR of 7 percent. The ABS market is expected to grow even more in the near future due to significant growth prospects in the innovative automotive market which is also growing at a CAGR of 12-14 percent.

How ABS Changed the Automobile Industry?

As car or motorbike drivers, many have to face everyday situations where they have to apply their brakes in urgently. Such uncertain moves can turn into an accident and prove fatal. However, ABS has been successfully able to prevent such accidents and has saved the lives of many. Here is a look at the positive impact of ABS on the automobile industry.

traction control system in which the mechanisms ensure proper traction between the tire and the surface. Therefore, it becomes easy for the manufacturers to install both traction control and ABS as they can sync both the systems for enhanced control and optimal performance.

The major supply markets of ABS include North America, the European Union, and Asia with 8 percent, 9 percent, and an 83 percent market share respectively. Despite accounting for a low market share, North America has high supplier power and low buyer power. Some of the impactful cost components in the industry include raw materials in which North America accounts for 83 percent of the raw material supply. The top global players in the industry include Chi Mei, LG Chem, Styrolution, CNPC, and Formosa.

The industry usually follows fixed-margin based pricing by the buyers who prefer to buy low volumes. On the other hand, the other pricing practice includes index-based pricing as some suppliers peg the price of specific raw materials to other materials.

Due to the growth in the automobile industry, ABS itself has developed into a mature industry that has started catering to other industries as well. Rising safety concerns and stringent regulations have caused both the customers and the industry to implement ABS even in entry-level vehicles for maximum safety and security. The industry is growing at a steady pace and it is expected to continue the same for at least the next 10 years or so.

Sally is an enthusiastic blogger and marketing manager. She maintains keen interest in progress and development in the marketing and business space.

Over the years, the implementation of innovative technology to improve automobile safety has enhanced quite impressively. This is where the...

Your vehicle is jam-packed with sensors delivering an endless array of crucial information to the ECU and other important modules. Among...