How to Discover Slackers with Computer Tracking Software? 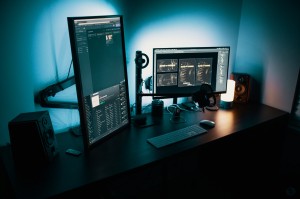 Unproductive and underperforming employees are surely an issue. We all know that. They cost you money, stretch project time, affect client relationships and so on. But, before you start firing people, you should stop and consider whether there’s something you could do to prevent such behavior, and turn unproductive employees into more productive ones.

Now, it might seem hard and you may think that an easy solution is to replace a bad employee with the one who’ll do better. And this could be true in some situations. But, in most cases, slackers can turn into productive workers very easily.

Now, you might be wondering how can you do this? It’s quite simple, and the best part is that you don’t even have to do it manually. We’ll show you how can you use the best computer surveillance software for this purpose and discover the source and cause of unsatisfactory performance.

First of all, low productivity can manifest in different forms. From not finishing work on time, low quality work, to spending too much time on the Internet and so on.

So, most important part of turning slackers into productive workers is to pinpoint the source of their slacking. This is exactly where employee and site monitoring software comes as a perfect tool.

As you might have already known, the core of computer monitoring software is the ability to detect used apps and websites, which you can categorize according to productiveness, and track time spent in them. Above all that, some of them offer neat extra functionalities such as screenshot capture. But, in most cases, the core functionalities will do just fine.

So, let’s say you notice that there was a 17% drop in revenue compared to last quartal. It’s a huge thing and you need to see what’s going on. Your productivity report shows you that the sales team has been doing worse in the last couple of months. So, with the help of this knowledge and computer tracking software, you can investigate.

Start from the team itself and then from every individual in the team. See what were their activities like. How much did they work? How much time did they spend on important tasks? Did they visit some webpages which they shouldn’t have? How many breaks did they make?

As you can see, there are a lot of questions which needs to be answered and a lot of aspects to investigate. No one said it’s going to be easy. If you’ve done everything correctly, you’ll be able to point out the problematic individual (or more of them) and see what was the cause of their underperformance.

Once you’re done investigating with the computer tracking software, you need to distinguish the possible reasons for low productivity. Some of them are quite common, so we’ll list them below without too much explanation:

There are more reasons for low productivity but the list would be too long. On top of that, every single individual is different which means there are various possible issues.

So you pinpointed the reason behind the underperformance and you know which individual isn’t performing as they should. What now?

You need to talk to them. See what are their thoughts about this problem and try to help them out. You need to work together and find a solution that would work out for everyone. You’ll have a better employee, they’ll be happier and feel like they’re contributing to the company. No one wants to fire employees and this should be the last solution if nothing else doesn’t work.

Low productivity is a huge issue and should be treated as fast as possible. Utilize the best stealth computer monitoring software as much as you can and turn slackers into productive employees.

Khaled Syfullah is a professional Civil Engineer, worked in many international projects. He is a passionate writer and loves to write about new technology and their application in humans life.

Why Use a Biometric Electronic Performance System for Construction Productivity

Productivity in the construction industry is also influenced by many inadequacies including management practices, workforce management and...

A report from The Business Research Company shows that the "Global Operating Systems & Productivity Software Publishing Market 2019" is...