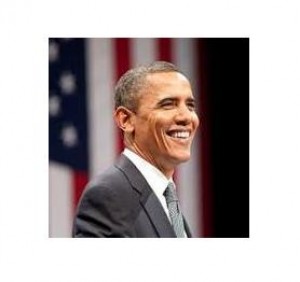 In 2008 every news media turned to online campaigns to complement their mainstream channels. All major news companies such as NBC, ABC, CBS and so on opened up websites to cover election news. But it was Obama that took advantage of it to the fullest. Like Kennedy who masterfully used TV as a tool of his presidential campaign, Obama outperformed McCain in the battle of social media from the start.

Obama team understood that people no longer depended on major news sources such as TV, radio or even the Internet to collect and share information, and social media was a point where a mass of people converge onto because more people join the wave more easily and willingly. Obama's embrace of social media might not have been triggered purely strategically, likely due to budget limit, but it proved crucial, especially appealing to younger people.

The followers from social media sources proved to be essential in aiding Obama' presidential victory. When Obama was elected, over 3 million fans followed him on Facebook alone, compared to his rival John McCain who had over half million fans. In the end Obama showed a decisive 5 to 1 lead over McCain in Facebook supporters.

Obama-related YouTube also flaunted a commanding lead of more than 20 million views over McCain's 2 million views. Obama team also worked on special effects. For example, Obama's behind-the-scene clips were meticulously designed for authenticity that would appeal to the viewers. Obama team knew that the best appeal would be the peculiar sense of being reality. It gave viewers a sense of being connected with their candidate.

And it worked. The raw and unedited footage satisfied public curiosity by allowing them to peep into the real side of their candidate. In that calculated tactics Obama was portrayed as the one who could close the gap between the people and their representative.

Throughout the online campaign, Obama collected more than 110 million views. Even one of experts claimed that Obama without these online campaigns wouldn't have been elected as a president, because it is estimated that Obama was able to outspend McCain 3 to 1 in campaign due to his social media advantage.

Obama was able to raise $660 million in campaign contributions by directly engaging with constituents through social media. Thanks to all of these, Obama won Virginia and Indiana both of which since 1908 no Democratic candidate had ever won.

Obama's media exploitation was a good example of media monitoring and controlling in public relations. While McCain neglected in comparison to Obama, because he prioritized the traditional channel of media, Obama, on the other hand, detoured exploring the uncharted territory of a new domain called social media. And he won the game. Obama's victory was based on a clear understanding on the importance of social media and its controlling.

Obama's case shows that data-driven decision is critical and actually money saving. It also helps him strategically position his resources and use them effectively. It is a game of understanding the competition. And it is a game of measuring the competition and strategic planning. It is the best and latest example of public relations measurement by President Obama.

You have an error in your SQL syntax; check the manual that corresponds to your MySQL server version for the right syntax to use near 's campaign social media') >= 2 )AND (i.`status`=2) ' at line 6
© 2004-2020 Abilogic.com Business Web Directory. All Rights Reserved.