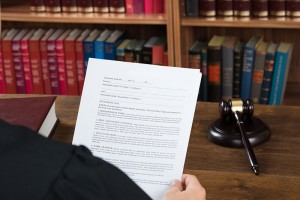 From past several decades and in almost all countries, contracts entail an implied guarantee of good faith and fair practices. Although, UAE is a civil law jurisdiction along with implication of Sharia, yet you can witness the provisions of law of torts (civil injury claims) in various legislation's.

From past several decades and in almost all countries, contracts entail an implied guarantee of good faith and fair practices. Although, UAE is a civil law jurisdiction along with implication of Sharia, yet you can witness the provisions of law of torts (civil injury claims) in various legislations. Civil Lawyers of Dubai desires to enlighten their readers about not-so-frequently discussed aspect of the contracts law and its practice in UAE courts. The concept basically revolves around the right to seek compensation from other contractual party if the contract has been declared null and void. It further discusses the courts ideology and rationale behind issuing judgments in such regards.

The main agenda of drafting a contract is to legally finalize an agreement between two or more contractual parties concerning a certain subject matter. One may witness some common contracts in UAE including, but not limited to, employment, property, settlement, sale and purchase of movable and immovable assets. The contractual relations until now are governed by a Latin maxim "Pacta Sunt Servanada" meaning all pacts should be obliged. However, the legal experts witnessed common ways of breaching contractual relations and later discovered remedies to prevent such breach or to compensate the effected party. Remedies in the contracts ensures legal interest and maintain the fairness in the relationship. Nevertheless, the major problem is the legal uncertainties of the claimant regarding the compensation or the loss suffered. In order to prevent such uncertainty the principles of Law of Torts and Contracts are applied by the Courts to ascertain the damages suffered.

Contracts Law in UAE perceives enforceability of the contracts signed in the country and dispirit any sort of interference in its applicability up to a certain extent. However, there are few exceptions to the general rule such as Contract of Adhesion or contracts against the public policy of the country or opposes any principle of Law of Sharia. Article 248 of the Federal Law Number 5 of 1985 regarding Civil Transactions (the Civil Code) empowers the judicial authority to rescind or modify any clause of the contract which seems unfair and uncalled for the other party. Furthermore, it allows the judge to order any opposing contract void.

The concern raised by Commercial Lawyers of Dubai under this article is the right of the other party or the plaintiff to seek compensation if the contract between the parties have been declared null and void. The courts of UAE under Civil Court of Cassation case number 143 of the year 2014 and in several other precedents have approved the right of the plaintiff to claim compensation on the basis of Law of Torts in case the contract has been declared void, post he finished his contractual obligations. Nevertheless, it is most significant to consider the fact that the plaintiff whilst registering the civil case was unaware about the invalidity of the contract and has fulfilled his contractual obligations in good faith. It is strongly recommended to seek consultation from Contract Lawyers of Dubai to have a better idea of legal rights and remedies available.

When we talk about blockchain, we often talk about ‘Smart Contracts’ which seems to be a bit confusing. People are not aware of what they...

Direct Law Admission for Top Specialization Private colleges have government permission to sell certain percent of their seats at premium...