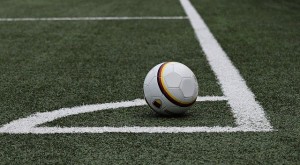 Football needs to introduction to anyone in this world; except, of course, a newborn baby or an alien. Over the last century and especially in the last 5 decades, we have witnessed the bond, entertainment, and beauty that football brings along. Just what makes football "the beautiful game"? here are our top 5 reasons why football is loved all over the world

I can’t think of something else that breaks barriers and unites different people. Football brings people with different religious, sexual, and racial backgrounds together. It is truly beautiful when you see fans cross a wide divide to stand together chanting the anthem or slogan of their favorite clubs, sweating and sharing hugs when happy moments occur. Truly, little else can compare to the feeling of seeing a fellow fan of your favorite club in a place where you ordinarily would feel like a stranger. In fact, I can conclude that for many football fans, they have a second family in their fellow fans.

Think of legends and their on-pitch rivalries like those of Gary Neville and Patrick Viera, and Diego Costa and Gabriel Paulista. Or club rivalries like Bohemians and Cork City. The passion and feud are real but harmless. Football is a game that gets the players so much involved with each other that bad blood may spew but never is it deadly. Off the pitch, rivalries also exist between fans of various clubs; there have been instances of fans facing travel bans and matches played without an audience. At the stadium, some fans may even behave like hooligans but overall the experience of a live match is beautiful.

One of the sweetest moments in football is seeing your favorite player -or just any player at that- wow the crowd with skills that seem to defy explanation. It is known that clubs record an increase in ticket sales simply because they signed on a star player because fans want to witness the amazing moments. Football is one sport where there is almost no limit to the range of skills players can dazzle their fans with and always, we are left with something to reminisce about. From beautiful footwork to magical saves, and clinical goals we all have moments that we treasure now and always.

As football brings people together, they tend to exchange culture and share similarities. Football helps people to experience new environments and make new friends or even form lasting relationships. The feeling of camaraderie when you sit at the bar watching a game with a totally new person sharing details of their culture is inexplicable to people who have not experienced it.

5. A wide range of tournaments, league, and cups:

People can enjoy playing football in any way they want. Different ways of playing the beautiful game exist and fans have the power to choose what they want to see. From the World Cup to the continental championships and national/local leagues there is no shortage of entertainment.

Are you into football? If you are, you then it may be true that you are looking for a website that will give you every information you'd...

If you are like me, you then love to watch football and more so to check out football news as they happen. During football season, it's hard...

Hello, friends if you are looking for the best football shoes under 1000 online then congratulations to you, your search is over, you have...