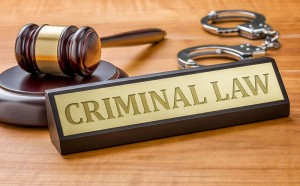 As part of the requirement of the Financial Action Task Force (FATF), a Federal Decree No. 20 of 2018 on anti-money laundering and countering the financing of terrorism was issued on 23 September 2018. From mandatory declaration at exit and entry point such as the airport for anyone entering or leaving the country to defining the independent offense of money laundering, the new law provides for several measures to combat money-laundering such as the establishment of a Financial Information Unit to investigate suspicious activities, the Central Bank Panel to issue guidelines and implementing orders regarding the combating of money laundering in the country as part of the National Committee to Counter Money Laundering, Combating the Financing of Terrorism and Financing of Illegal Organizations. The new law requires that the financial institutions, businesses and professionals continuously perform diligence in their routine transaction and analyse the risk associated with each transaction, particularly when full disclosures of the account holder is unavailable. All financial institutions, non-financial institutions, businesses and professions who fall under the ambit of the new law shall immediately comply with the requirements of this new law and its executive regulations.

Four Key Points on the New Anti-Money Laundering Law No. 20 of 2018

As per article 18 of Law 20 of 2018, the UAE local judicial authority has a discretionary power (based on request from the courts of any country, which has a relevant treaty with the UAE) to cooperate with other judicial authorities and to provide evidences on investigation and trial processes connected to a crime, which has happened in other countries.

Such authority has also a discretionary power in deciding:

a) to seize or freeze the assets or a chip used in the crime;

b) to provide all the auditing reports kept in the UAE financial institutes;

c) to inspect involved individuals and buildings, to hear witnesses and to collect evidences;

d) and to deliver and extradite individuals and things used in the crime.

The above could be even done in the absence of the treaty but based on the principals of mutual assistance existing between the countries. The law orders that every request for international cooperation, which is relevant to money laundering, has to be dealt in a high priority manner and with consideration of all the precautionary procedures required to keep the confidentiality of a matter. The law empowers the local authorities in their sole discretion to recognize any foreign court order issued in a country, which has a treaty with the UAE, if such court ordered with regards to seizing assets or money linked with money laundering.

What is the expected punishment for money laundering in felony and misdemeanour crimes under the UAE laws?

As the types of crimes may vary from one to another and the information, resources, assistance of the defendants may be additive in crime detection, the punishments for such crimes and their consequences depend on the circumstances.

The new law stipulates that the punishments could vary between the minimum fine of 5000 dirhams up to a lifetime jail sentence. This depends on the crime type, but a judge using the discretionary power of the court may abridge the sentence or limit the fine considering the cooperation of the defendant, if such cooperation led to catching and arresting other suspects of the crime or was additive in the crime detection.

The law gives the court the right to confiscate the money used in the crime, even in case of death of the defendant. The breach of the anti-money laundering law shall lead to mandatory deportation upon serving the sentence, in case the criminal was an expat. Article 29 of the Law 20 of 2018 stipulates the deportation as mandatory option for the felony crimes. If the law was breached in misdemeanor crimes, applying the deportation will be subject to the court discretionary power. Which means, it could be applied along with jail sentence, without a jail sentence or it could be even left as not applied at all.

Money laundering is the act of concealing the transformation of profits from illegal activities and corruption into ostensibly legitimate...

"Transaction monitoring software will continue its dominance with a share of around 50% during the forecast period. International banking...