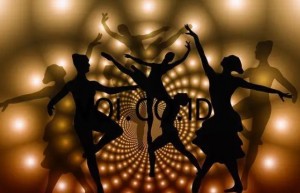 Dance is a work of art in the form of dance gestures accompanied by beautiful rhythms. Dance is certainly no stranger to us, because there are many concerts and festivals that present dance performances. In Indonesia itself there are traditional dances, modern archipelago dance, and modern world dance.

Dance is one of Indonesia's cultural treasures, so we must protect and preserve it. At present every school in Indonesia has extracurriculars who study dance. This is done, so that there are future generations of the nation who preserve the nation's cultural wealth.

As the times and technology become more and more advanced, it is easy for everyone to enjoy, learn, and practice dance. The discussion of dance, not only moves the body with beautiful rhythm accompaniments, but there are history, types, and also the kinds that must be known at all.

Dance is a beautiful body movement and in harmony with the accompaniment of music at a certain time and place, with the aim of expressing feelings, expressions, and thoughts. What is meant by music is the sounds to regulate a movement. Body movements in dance are certainly different from everyday movements such as sports.

Because in the dance movement there is a message delivered with aesthetic value (beauty). In general, dance has important aspects that must be considered, namely expression, movement, beauty, rhythm. In addition, there are elements that support dance performances, such as elements of space, time, and energy.

In Indonesia, dances have been performed since ancient times with a specific purpose and purpose. So no wonder, if Indonesia has many very beautiful dances, diverse and unique. The following is the history of dance in Indonesia, including

Starting from primitive times, various dances have emerged in Indonesia. At that time, dance moves are needed for a sacred magical belief. So that dancing is only done when there are traditional events of belief, such as revival dance, rain dance, exorcism dance and so forth

In its creation, humans follow the movements of living things and natural movements that they see. For example, following the movements of animals that are hunted, trees in the wind and others. In primitive times, people performed dances together or in groups.

In accordance with his belief, dance is performed as a link between strength in the body and the outside world. Various dances are performed as part of the development of prehistoric life. When dancing, there is music to accompany it, in the form of singing or high sounds and clothing or accessories that adorn the body such as, bird feathers, leaves, and others.

In Hindu times also formed a kingdom that has various types of court dances to get direct attention from the king. Dance at this time was immortalized in various relics in the form of reliefs on the temple. The dances performed during the Hindu era were inspired by various stories from the Mahabarata, Ramayana and Panji themes and others.

Entering the Islamic era, dance experienced further development, without eliminating the relics of Hindu dance. This development is marked by the increasing variety of dance in Indonesia.

Dance is a type of art, or a performance art form that generally involves movement of the whole body, often rhythmic, and to music. It is...

Dance is a performance art form or a physical and mental workout which requires or consisting of purposefully selected sequences of human...

If you see a Bollywood movie, it is more or less a musical film with 5-6 hit numbers, catchy tune, and stunning music when the actors and...